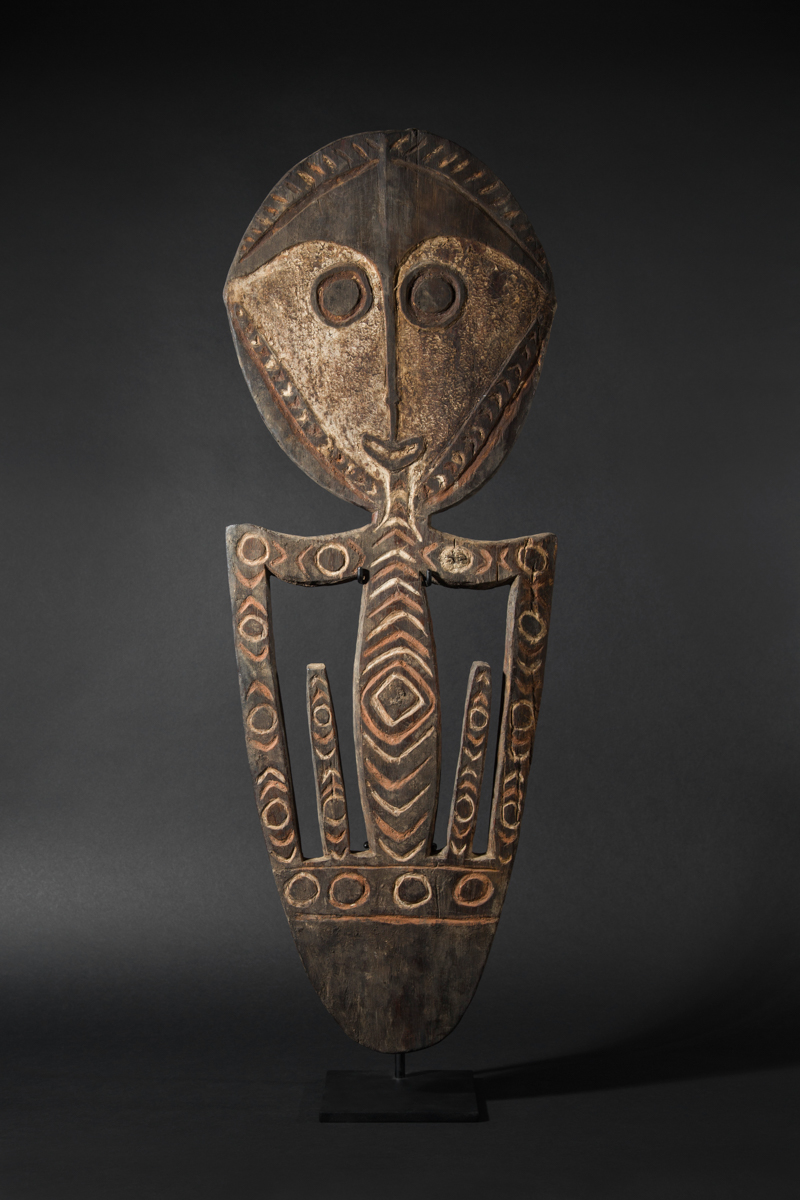 Read More
Agiba sculptures were considered the most sacred among the populations of the Papuan Gulf. In these societies, ancestor worship found an extension in headhunting and constituted a fundamental element in religious and social practices. Within the confines of the Men’s House, each clan in a village erected an altar dedicated to its ancestors in which one or two skull racks were placed.
Agiba were perceived as a source of the clan’s power and permanence. Only men who had captured enemies during war raids had the right to sculpt Agiba hooks.
The sculpture presented here is distinguished by the formal boldness of its construction and the dancing rhythm of its motifs which confer remarkable intensity, poetry and strength to it.
This figure originally came from the personal collection of the Australian antiques dealer Josef Neumann, who began working in 1960s. It was then for almost 30 years in the private collection of Willem and Harriet Kok in Sydney, Australia.