Ubangi
Democratic Republic of the Congo 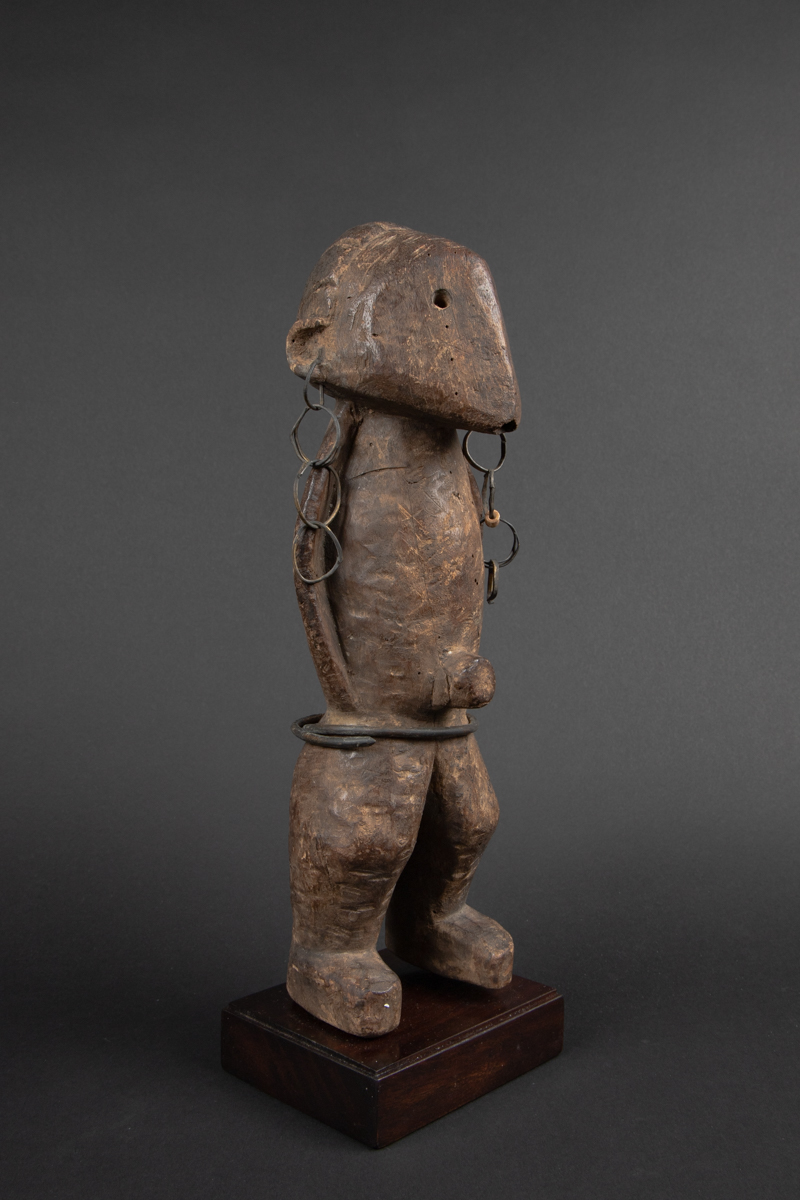 Field-collected between 1955 and 1960 by Mr Witman,
a Belgian physician stationed in the Mobaye area, Congo
By descent in the Witman family, Belgium
Ex private collection in the Netherlands
Ex collection Jo de Buck, Brussels

Read More
The word azande means "the people who possess much land." This relates to their history as conquering warriors. The Zande migrated during the 18th century from Sudan to the northern part of the Democratic Republic of the Congo, settling on the banks of the Uele River. They live also in the Central African Republic and the Sudan. They occupy a region of savanna and forest and in common with the Mangbetu, Zande men hunt and fish while the women tend the fields. In political terms, this ethnic group of 750,000 people is ruled by a king with succession to the throne passing to his eldest son, while the younger ones govern the kingdom's provinces. The Zande have been ruled by different members of a single royal dynasty, the Avangara. Royal patronage was significant in the development and movement of art throughout this area. The political structure is counterbalanced by the mani secret association, created at the end of the 19th century.
Zande sculptures represent ancestors or animal figures with simplified features and enlarged heads. The mani association celebrates the importance of woman and uses statuette called yanda. These statues are associated with the highest rank of the secret mani society. The figures protect society members from the dangers of illness, hunting, evil spirits, etc. Usually female figures are made from wood or fired clay; yanda figures often wear accessories, such as bead collars, pendants, and coins. The society's chief would infuse the yanda with his power by blowing smoke on it and rubbing it with a paste. The pyramid-shaped head, simple in form, has a diamond-shaped face, protruding eyes, and, often, iron rings in its ears and nose. The torso and neck are cylindrical or rectangular, the extremities short. Its outlines are angular and abstract. In some northern Zande areas, large pole-like figures have been erected. These figures may have functioned as grave markers, a widespread pattern for eastern Africa and the southern Sudan. The maternity figures are also known, as are stylized and refined objects: neck-rests, flyswats, ivory horns, and musical instruments such as drums, sanzas, and curved harps decorated with a head and ending with a pair of legs.