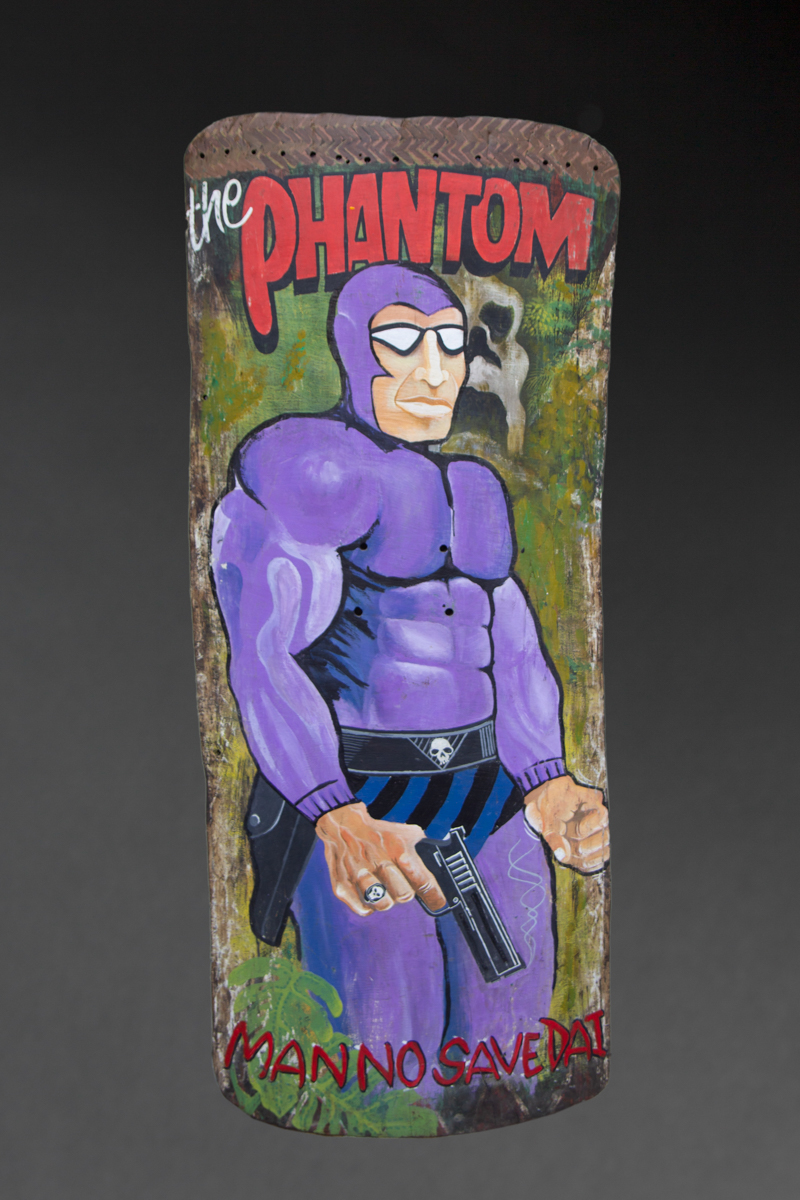 Carved wood and pigments
Second half of the 20th century
Painted décor: circa 1980s-1990s

Read More
This Papuan war shield with a painted depiction of “The Phantom” comics superhero is a great example of cross-cultural influences in the Highlands of Papua New Guinea.
Warfare has been at the center of Highlands life since immemorial times. The shield has always been considered an extension of the warrior himself.
When warfare was expected, warriors repainted their shields to ensure that the colors shone brilliantly against the sun to dazzle and threaten the opposing side. In the western Pacific, shields bore the name of warriors, and possessed a life force, or spirit, that connected them to their ancestors.

As stated by the Museum of New Zealand Te Papa Tongarewa, from the 1980s – 1990s the Phantom re-emerged on Highlands battle shields during a revival of inter-tribal fighting. In this period, the Wahgi people revived and repainted old battle shields with new designs that transformed the shields into communicative forms. By incorporating the image of the Phantom on a shield, warriors hoped to capture some his symbolic power and incite fear amongst their opponents. The Phantom, an immortal superhero carrying firearms and wearing a skull symbol on his belt was indeed seen as an inspiring and projective figure for Papua New Guinea warriors.