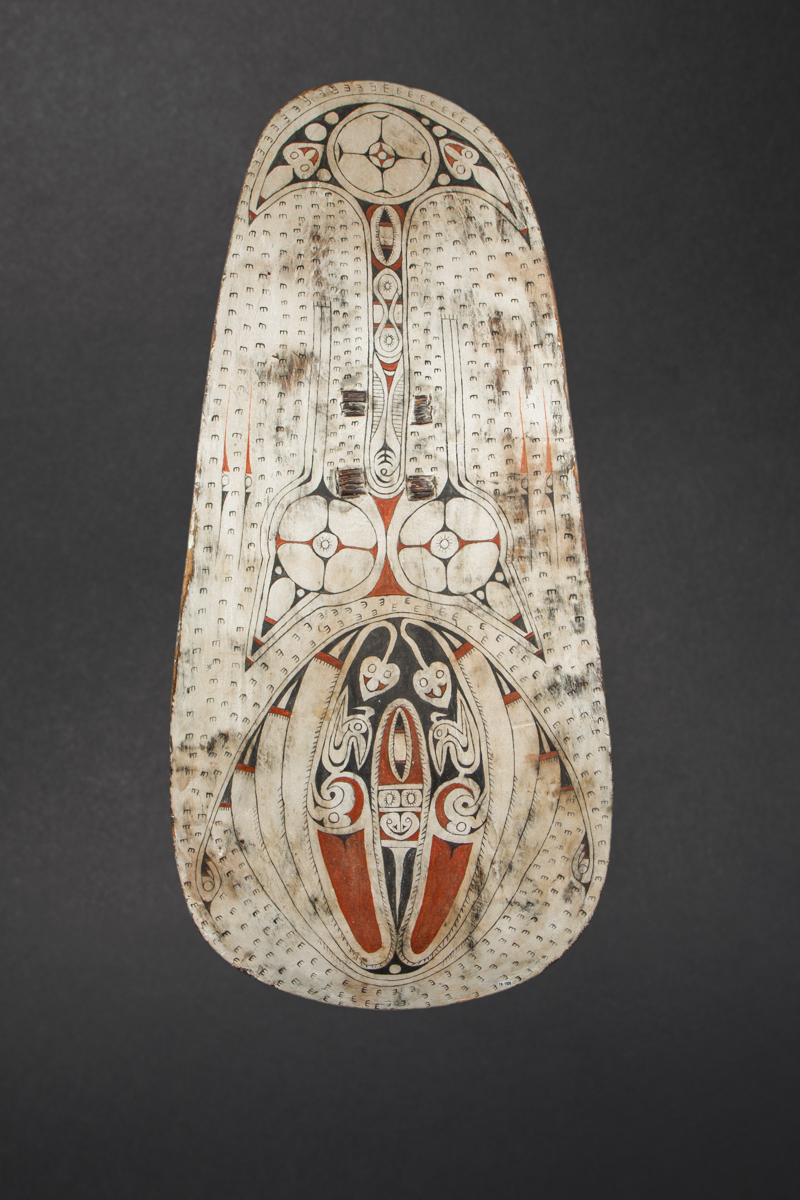 Read More
These war shields called Vayola were reserved for high-ranking warriors from the Trobriand Islands (Massim area). As stated in the catalogue of the 2019 "Oceania" exhibition at the Royal Academy of Arts in London, these shields were made of slabs of acacia wood and delicately painted on a white ground with motifs associated with war magic.
According to Jerry W. Leach (The Kula: New Perspectives on Massim Exchange, Cambridge University Press, 1983, pp. 135-8), Vayola shields were not used in ordinary skirmishes but in formal, pre-arranged warfare, at designated battlefields. Their use stopped in 1899 due to the suppression of warfare by the mission and colonial administration.