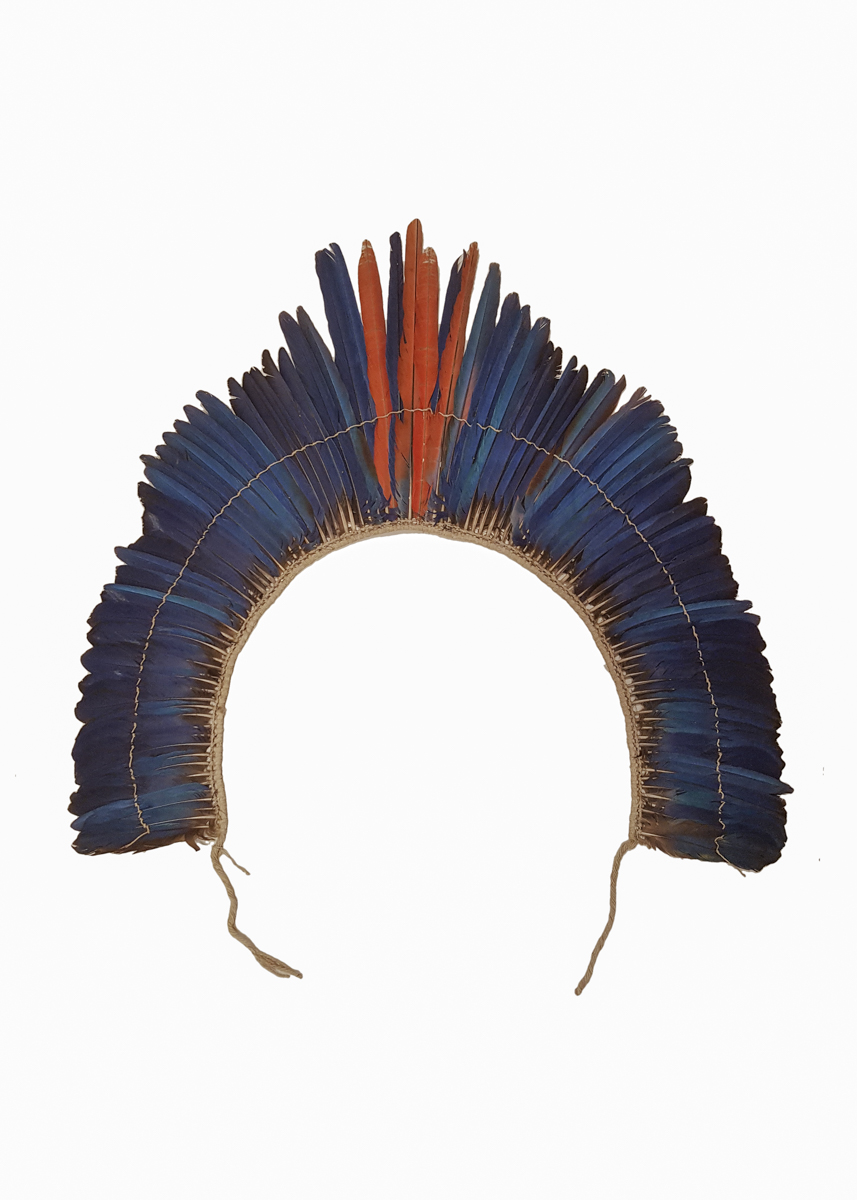 Read More
The blue feather headdress is a superb early example of oko oré, a head ornament worn by important Kayapo dignitaries.
The colors of the feathers on the headdresses were chosen according to the lineage of the families / clans.

In Kayapo religious beliefs and cosmogonies, the universe is rounded in form. For that reason, the villages and fields are organized in a circular plan and considered to be miniature representations of the universe. The round or oval shape of the feather headdresses are a symbolic reminiscence of this notion as well.
According to a Kayapo founding myth, the first men came down from the sky by clinging to a long cotton rope. That is the reason why Kayapos used cotton strings around the feathers on their headdresses.

In terms of provenance, this blue and red feather headdress was collected by celebrated writer, filmmaker and explorer Marcel Isy Schwart (1917-2012). Isy Schwart travelled extensively to Brazil between 1954 and 1970 (29 trips in total around Brazil, notably in the Amazon forest). He was a close friend of Kayapo Chief Raoni, and gathered one of the largest private collections of Amazonian art which he personally field-collected.