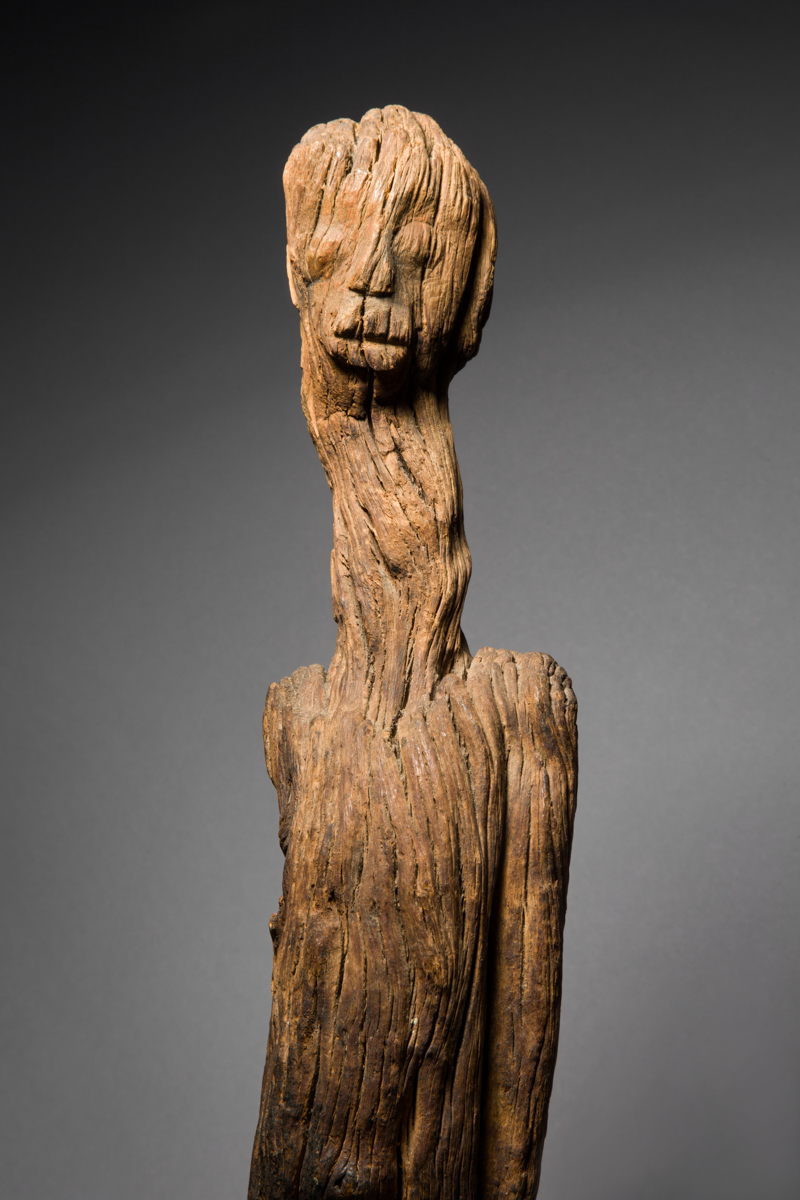 Read More
This superb and archaic anthropomorphic sculpture depicts a standing figure with the arms resting along the body. Following the natural curvature of the tree branch from which it was carved, this sculpture is redolent with poetry and sensuality.
The Niongom, a Pre-Dogon people with mysterious origins, is said to have been contemporaries and close neighbors of the Tellem, before the arrival of the Dogon-Mande on the plateau of the Bandiagara cliff in the 15th century.
Niongom figures were found in abandoned altars and are particularly rare.
According to Hélène Leloup, who studied and illustrated this Niongom figure ("Dogon Statuary", plate 29), this sculpture is the oldest of its type known today (carbon-14 dating: approximately 450 years of age)