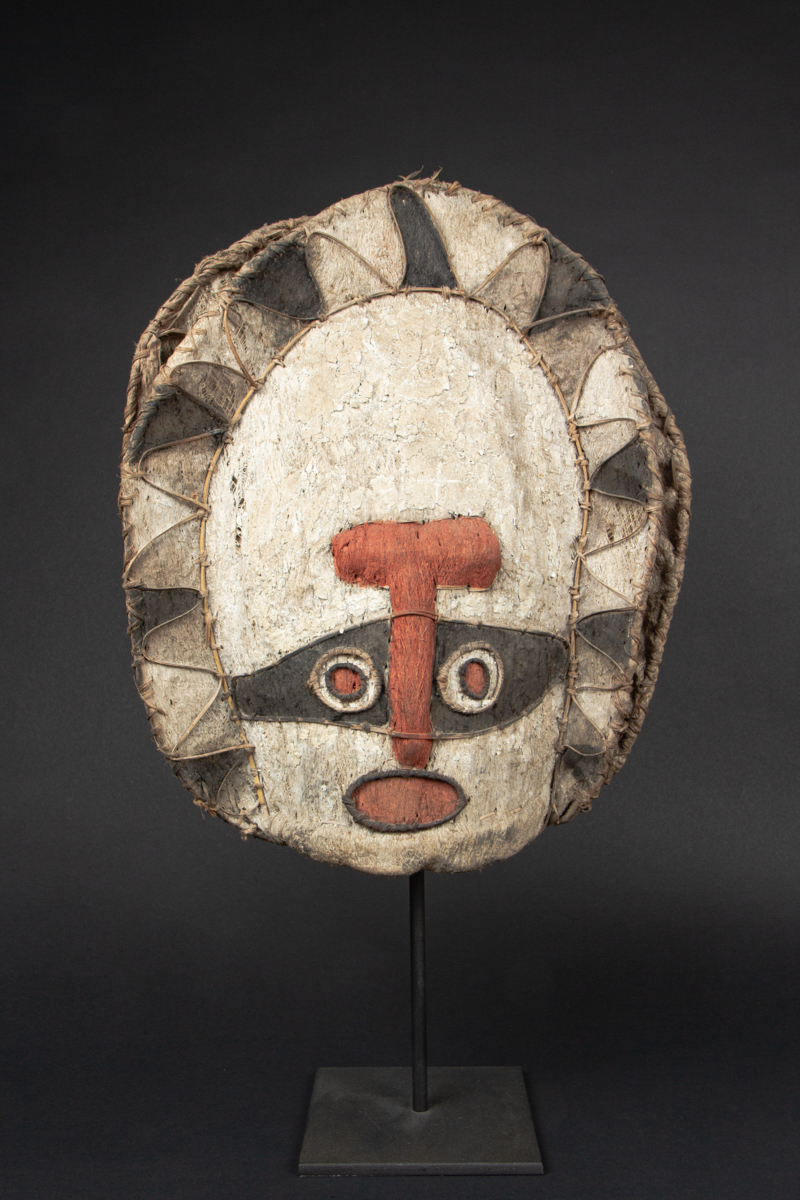 Read More
The Elema people of the eastern Papuan Gulf region in southeast New Guinea formerly practiced lengthy cycles of masked rituals centered on the visitation of water spirits.
Eharo (dance masks) were made and worn as part of the Hevehe, a grand cycle of ceremonies that dominated the ceremonial and artistic life of the Elema people during the early 20th century. The cycle was both an initiation of men into the mysteries of the Hevehe itself and a way of making peace with the dangerous spirits of the forest and sea.
As stated by the Metropolitan Museum of art, these Eharo masks were known as maea morava eharu (things of gladness). Most depicted spirits and totemic species associated with individual clans. Others portrayed characters from local oral tradition.
The Eharo mask presented here is a fine early example with great geometric construction (front and back)