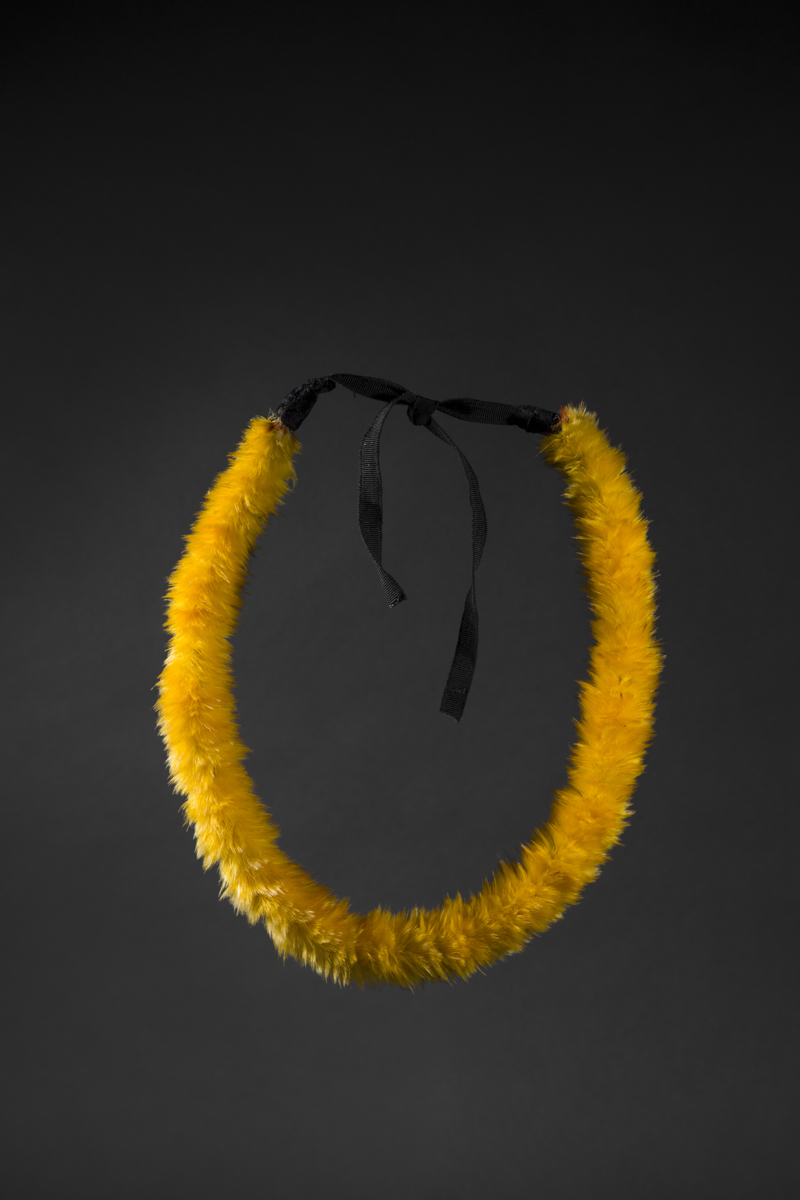 Read More
Feather ornaments from the archipelago of Hawai'i are among the most elaborate works of Polynesian art as far as technical know-how and color composition are concerned. Feathers were the exclusive privilege of the Hawaiian royal families and highest-ranking aristocrats. They ensured the protection of tutelary gods and spirits and constituted a unique mark of prestige, identity and status.
Feather ornaments called lei hulu were worn on the top of the head by women of high rank and were the only feather ornaments that women were authorized to wear. Each lei combines countless feathers from rare Pacific birds, in particular the yellow and black feathers of the Hawai'i o’o (Moho nobilis), a species that has been extinct since the end of the 19th century.
It is extremely rare to find antique lei hulu ornaments today outside of museum collections.