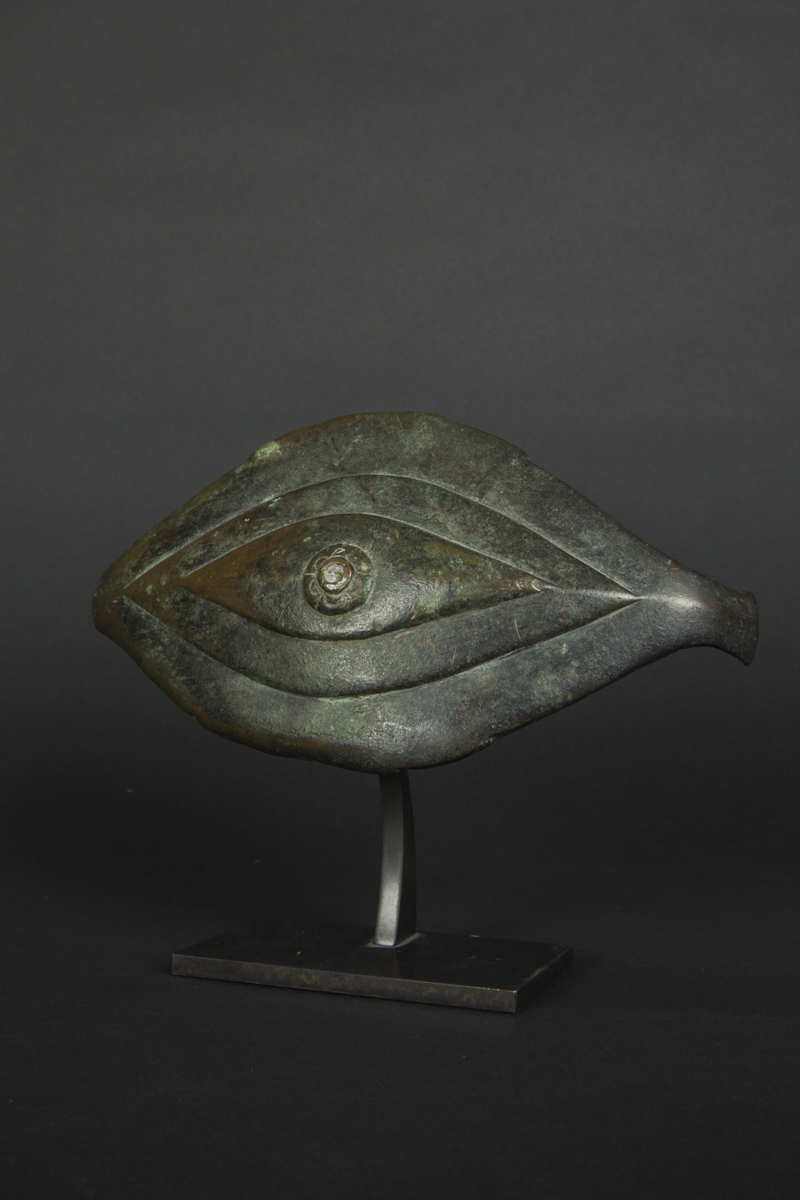 Read More
This bronze fibula / belt buckle from Sumatra, Indonesia is a fascinating object related to the Minangkabau culture. Its shape is reminiscent of that of an eye or a fish.
This type of clasp known as a "pendieng"was used to hold garments in place, notably a sash. They varied greatly in size, the largest ones probably indicating the social rank and wealth of their owners. According to the Asian Civilisations Museum in Singapore, Minangkabau jewellery is noted for its elaborate detailing and draws inspiration from Malay, Bugis, Chinese and Acehnese styles and techniques. The Minangkabau were mostly a trading community. Their ancestry is traced back to the legend of the victorious baby buffalo that fought a large bull from Java. They live in and around Padang, the capital and largest city of West Sumatra.