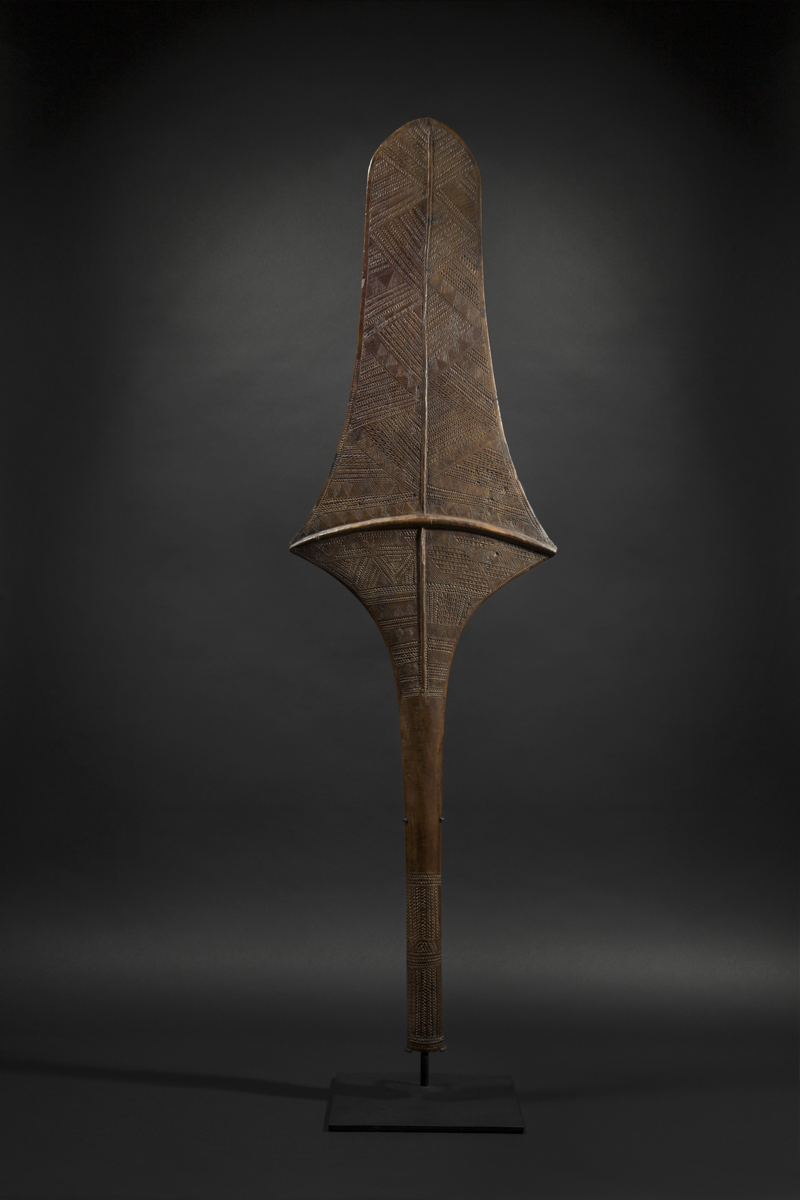 Read More
War occupied a preponderant place within Fijian societies. Battles served to reinforce the authority of chiefs as well as to multiply ties between different groups of allies.
War clubs – the most precious possessions of warriors – evidenced exceptional sophistication and refinement in their sculpture and ornamentation.
The Kinikini club was reserved exclusively for chief warriors or for priests. As indicated by Fergus Clunie, (Yalo I Viti, 1986, p. 185), « chiefs and priests had to stand to the fore, so were at particular risk during skirmishes, when arrows and sling stones flew thick, fast and erratically ». Hence the interest of a broad club like this, which could also serve as a shield.