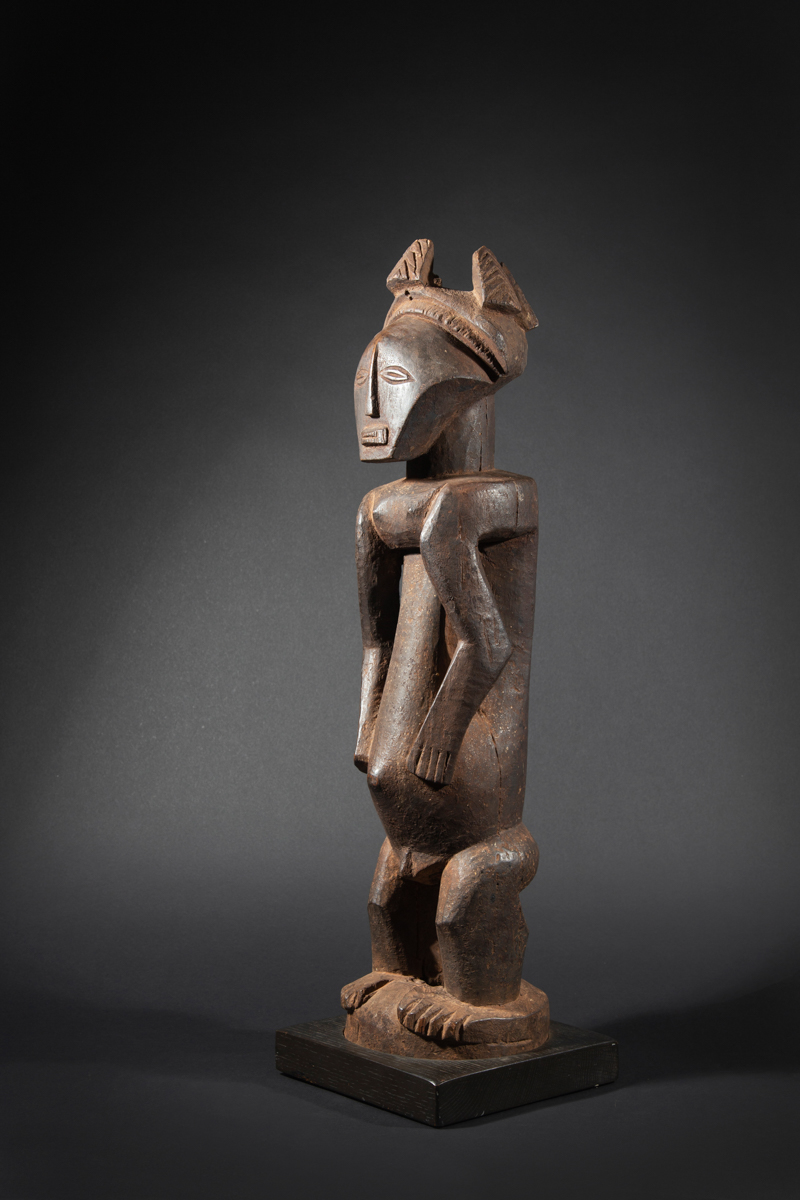 Read More
As stated by François Neyt in the reference book La grande statuaire Hemba du Zaïre (1977), Hemba ancestor effigies were carved to honor the legacy of important chiefs (singiti). The concept of lineage protection and survival played a central role in Hemba beliefs. "The Hemba clans, relatively independent of each other, had their own history. Their family trees dating back to eight, ten, or even fifteen generations were perfectly known, and were essential in particular to justify ownership of the land." (Neyt, p. 25)
These commemorative portraits of chiefs were genealogy markers. They also served as protectors of the clan.
The Metropolitan Museum of Art in New York notes that Hemba artists emphasized two bodily passages of such representations – the head as the site of one’s intellect where knowledge is taken in through the eyes and the stomach where the umbilicus is the point of connection with one’s extended lineage. A Hemba chief inherited a series of such works that were housed in a dedicated structure centrally located in the community adjacent to his residence.

The ancestor figure presented here originates from the northern Hemba region, close to the Kusu and Bassikasingo. The Cubist stylization of the features is a notable Bassikasingo influence.
The composition of the figure combines power and harmony. The coiffure with four braids is a distinctive feature of sculptures from a limited corpus collected in the Luama river area. The best known examples are the Hemba-Kusu figure from the musée du quai Branly-Jacques Chirac, formerly in the collection of Jacques Kerchache or the naturalistic figure acquired by the Metropolitan Museum of Art in New York in 2015.