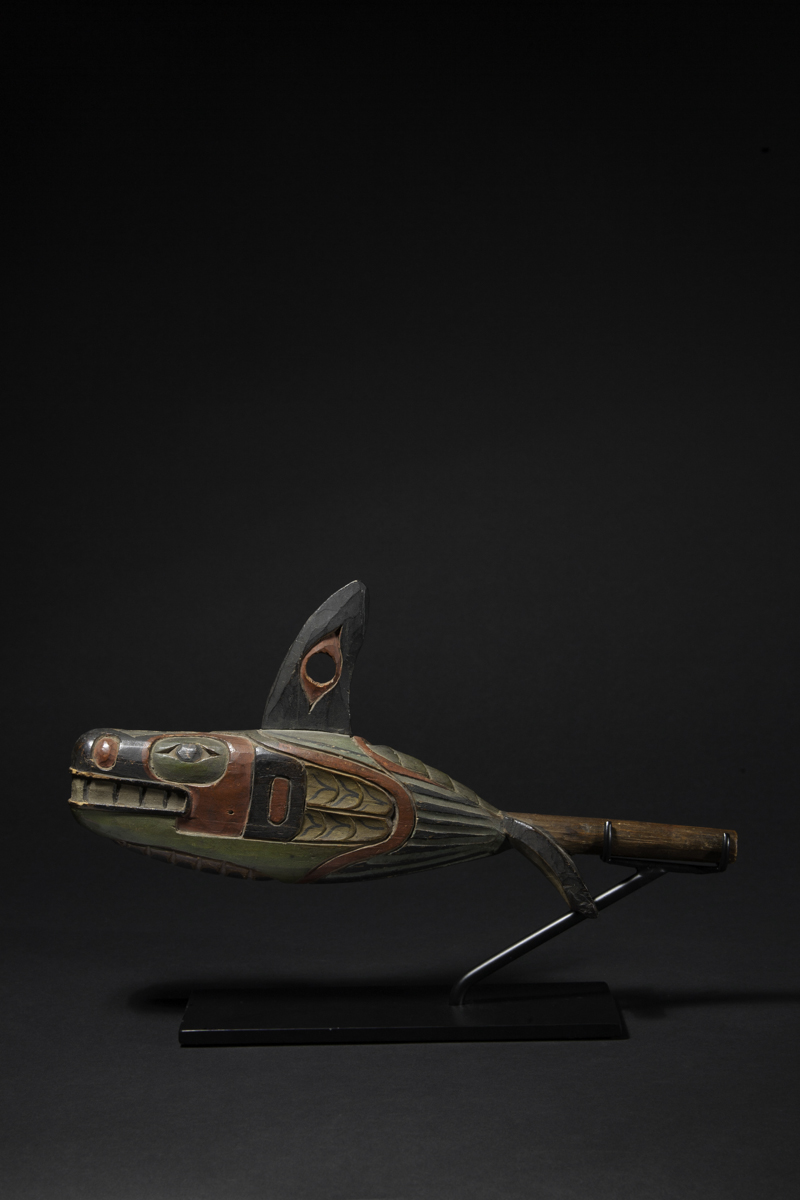 Read More
This rattle is an exceedingly rare depiction of a killer whale, the most powerful sea predator in the North Pacific according to the Tlingit.
According to a Northwest Coast myth, killer whales / orcas live beneath the sea in houses and villages, where they assume the shape of humans. They can also transform themselves to pass as humans and walk on land among people, mingling in their lives. The depiction of a shaman riding the dorsal fin of a killer whale illustrates the traditional role of this sea mammal as a spiritual steed, a powerful spirit helper.
As stated by Allen Wardwell in « Tangible Visions » (The Monacelli Press inc., New York, 1996), the rattle was a key element of shamanic equipment along the entire Northwest Coast. Its sound provided rhythm for songs, dances and chants, and attracted spirits to the séances. Wherever it was used, a supernatural presence was thought to be in attendance.
A very closely related example of Tlingit killer whale rattle, most certainly by the same carver, is in the collections of the National Maritime Museum in Haifa.