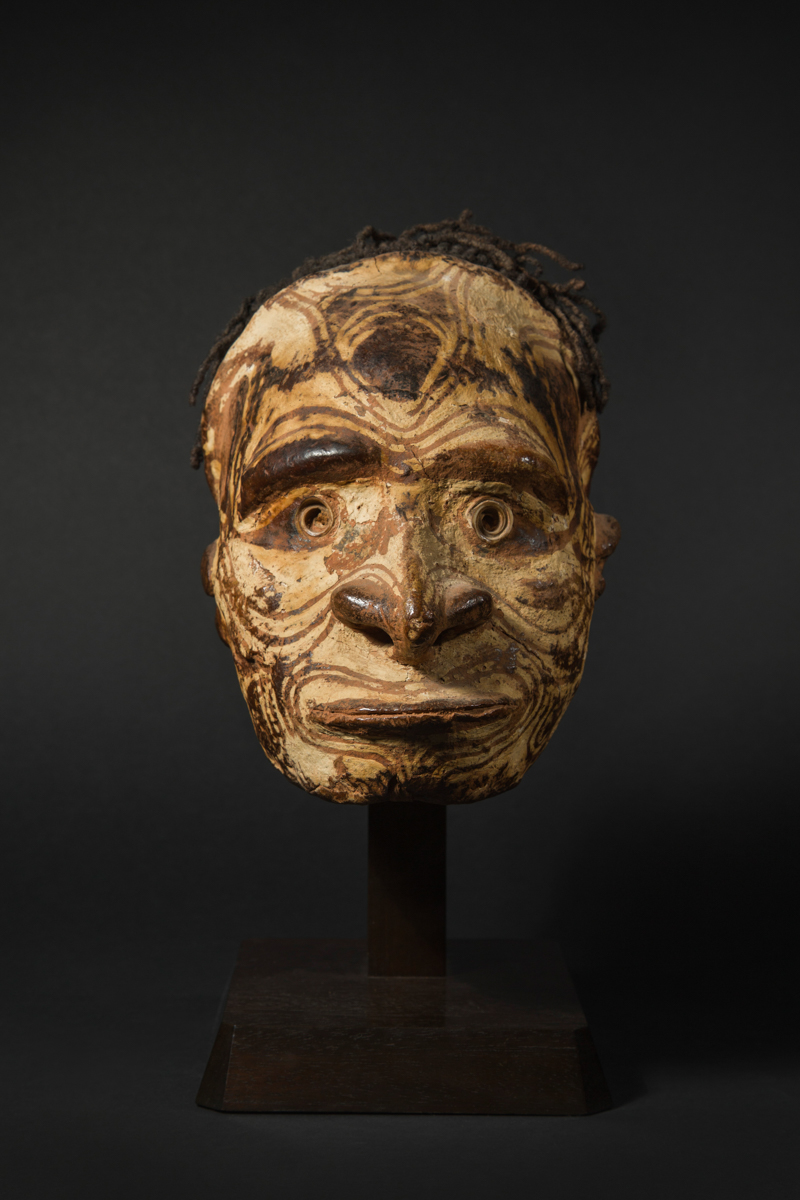 Read More
For the Iatmul from the Middle Sepik region, the head by itself contains all of the substance of a being. It is for this reason that the skulls of ancestors were carefully preserved and revered. The features of the dead person were recreated in clay modeled over the skull, before other details were painted on, much as if it were a portrait. According to local beliefs, it was the spirit of the dead person himself who shaped his face using the hands of the sculptor as his intermediary. Only a few peoples of the Sepik (Iatmul, Sawos, Kapriman, Yimar, ...) made and used overmodeled skulls. During important ceremonies, the skulls were displayed, stuck on woven or carved figures. The rest of the year, they were carefully kept in the Men’s House.
This skull was in the famous collection of Dr. Lau (Südseesammlung, Bad Wildungen). During a trip to Papua New Guinea around 1909-1910, this German medical doctor put together the works that constituted the foundation of his collection, one of the first private collections of Oceanic art in Germany in the early 20th century.