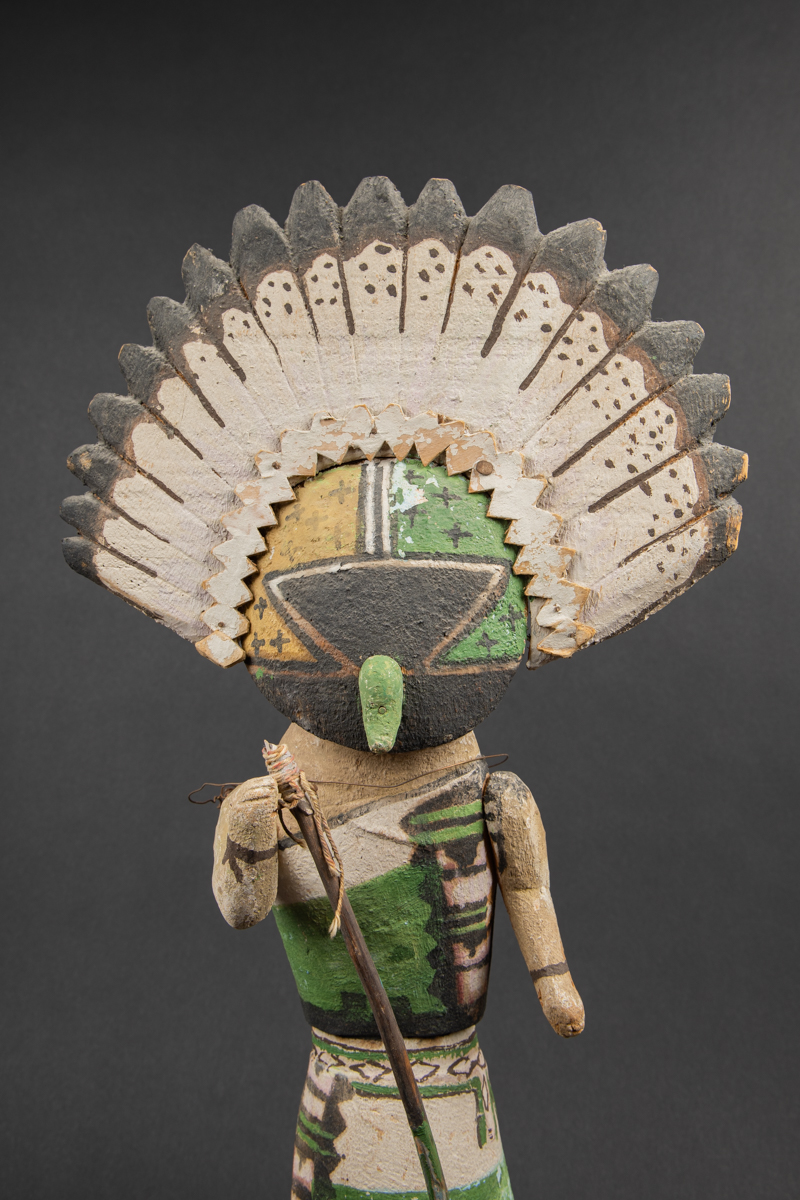 Ahola is among the most important Chief Kachinas. He is one of the spirits opening the Kachina season during the Powamu ceremonial dance. Ahola is known and revered for his wisdom. His appearances are seen as prayers for a long and fruitful life.

This kachina figure with articulated arms is distinguished by its exceptional size and power of evocation.