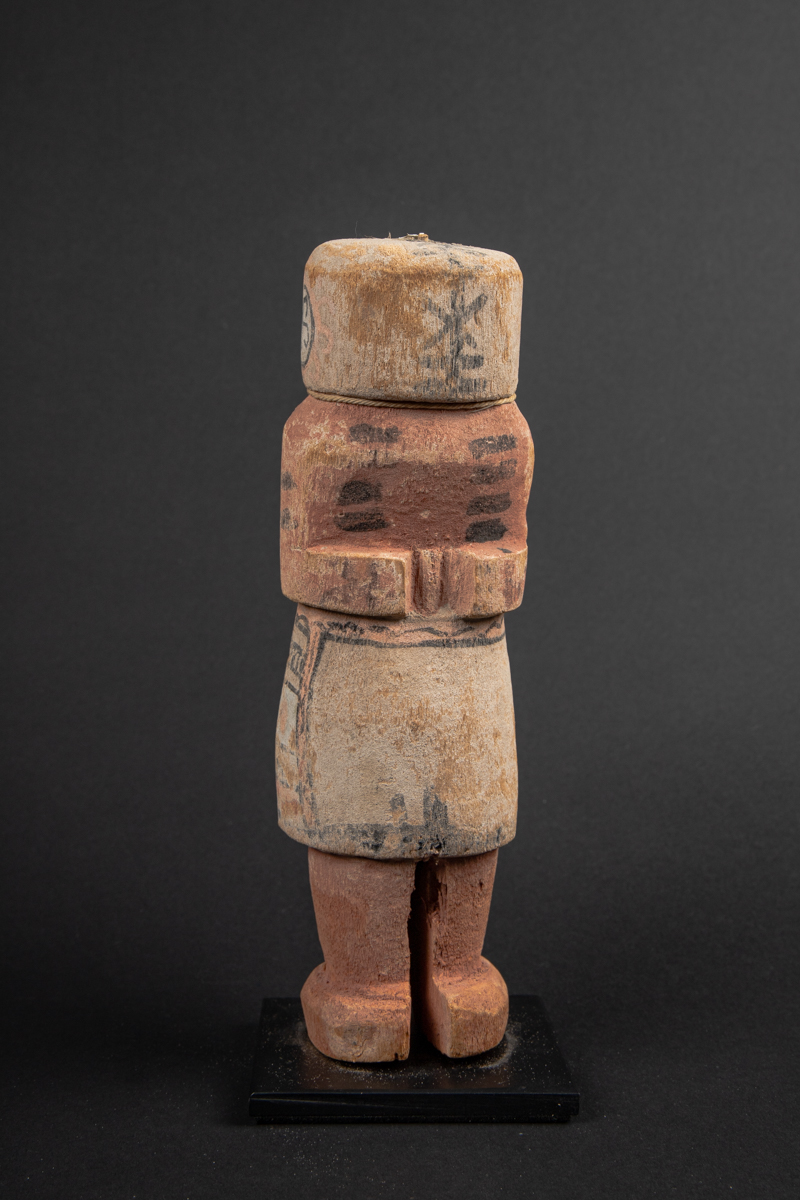 Read More
Kachina dolls (or katsinam) represent spirits or gods from the pantheon of the Pueblo peoples in the American Southwest. Given to children, kachina dolls constituted a teaching tool allowing them to familiarize themselves with the spiritual world and perpetuating knowledge of the founding myths on which their society was based.
The Aya Kachina or Rattle Kachina is a very rarely carved Kachina. The name is derived from the mask, which resembles a Hopi rattle given to children of the Powamu or Niman ceremonies. Aya is a name for the Hopi dance rattles. These Kachinas come to the ceremonies in pairs, but race one at a time. Some Aya Kachinas carry yucca whips to swat the loser of each race. In general, the Kachina runners are stripped to minimum clothing as to not inhibit their running.
The periphery of the mask is marked by a black design that looks like stitches. These stitches represent the milky way galaxy, or where we are in the universe.