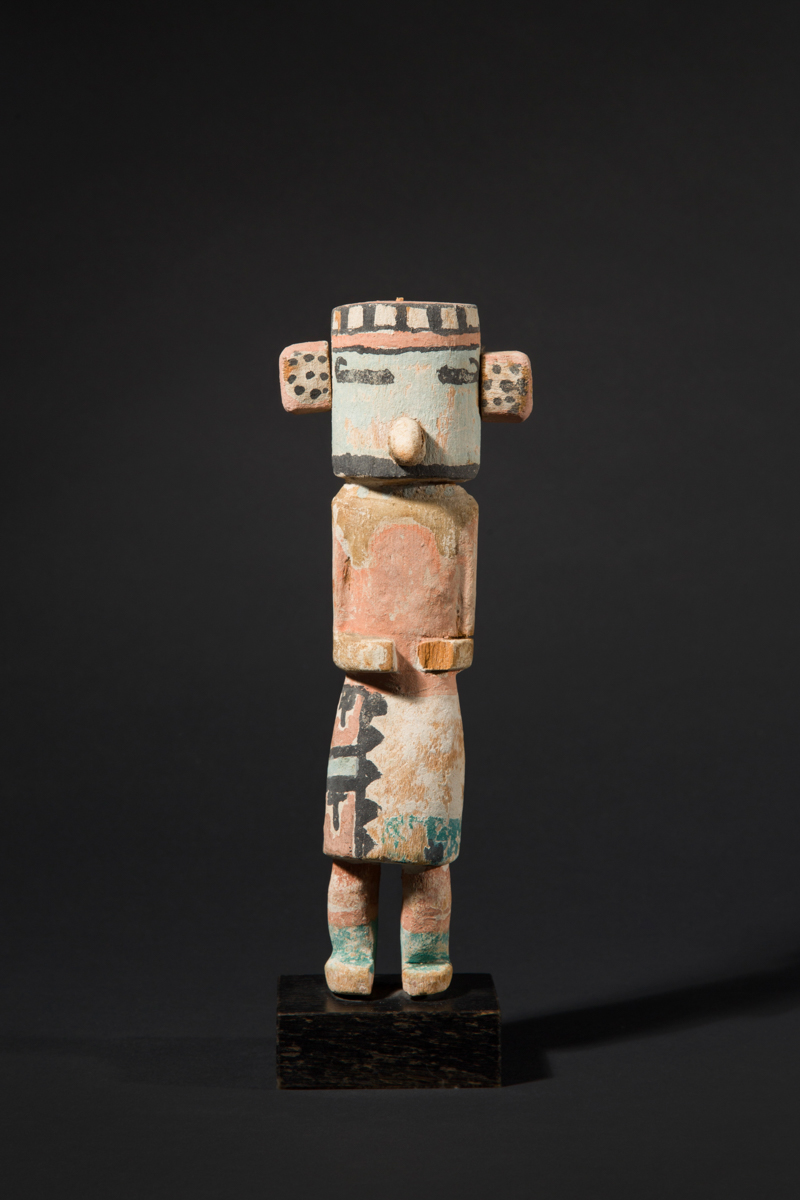 Read More
Kachina dolls (or katsinam) represent spirits or gods from the pantheon of the Pueblo peoples in the American Southwest. Given to children, kachina dolls constituted a pedagogical tool allowing them to familiarize themselves with the spiritual world and perpetuating knowledge of the founding myths on which their society was based.
This kachina figure was formerly part of Allan Stone’s collection. A. Stone was legendary contemporary art dealer in New York. He acquired his first "tribal" art sculpture in 1955, and over the course of the next 50 years, he assembled one of the world's largest private collections of ancient arts from Africa, Oceania and North America, including a selection of important kachina dolls.