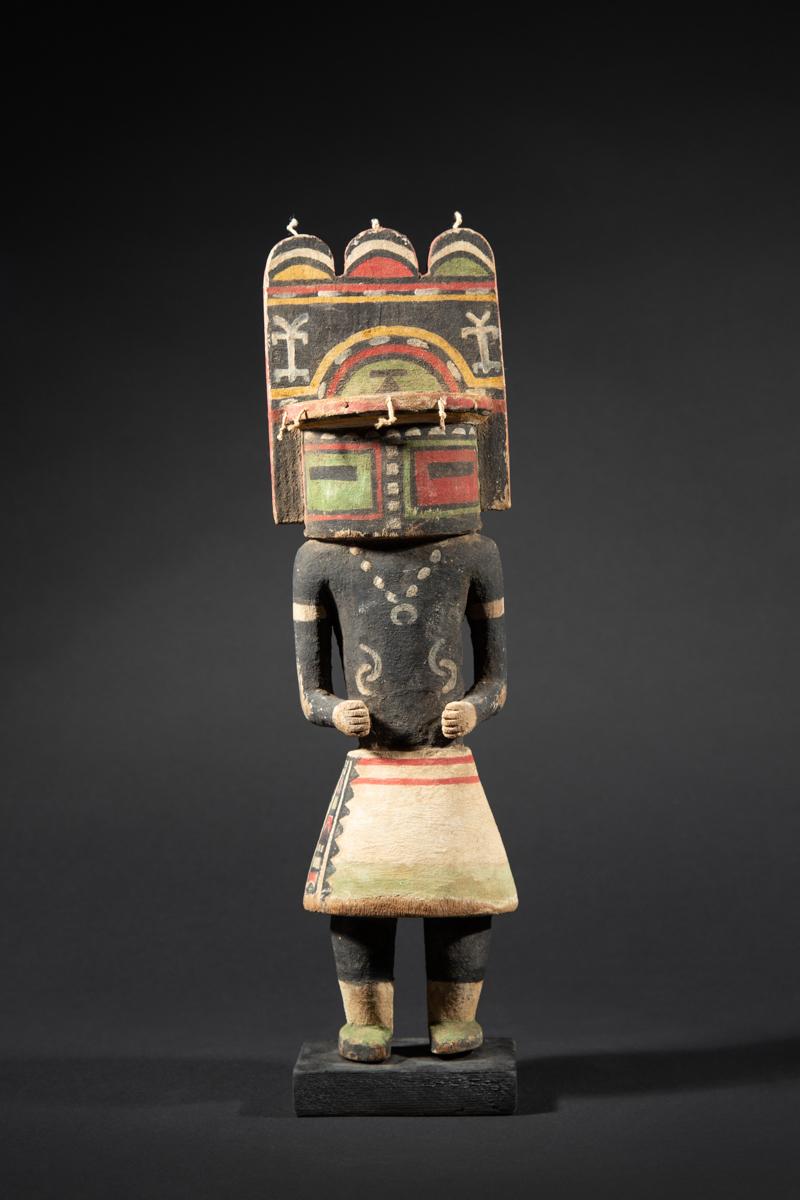 Read More
Kachina dolls (or katsinam) represent spirits or gods from the pantheon of the Pueblo peoples in the American Southwest. Given to children, kachina dolls constituted a pedagogical tool allowing them to familiarize themselves with the spiritual world and perpetuating knowledge of the founding myths on which their society was based.
The Sio Hemis Kachina is most often used for the Niman or Home-Going Ceremony when the kachinas leave the Mesas for six months. It is one of the most appropriate kachinas for this farewell, as it is the first kachina to bring mature corn to the people, indicating that the corn crop is assured.