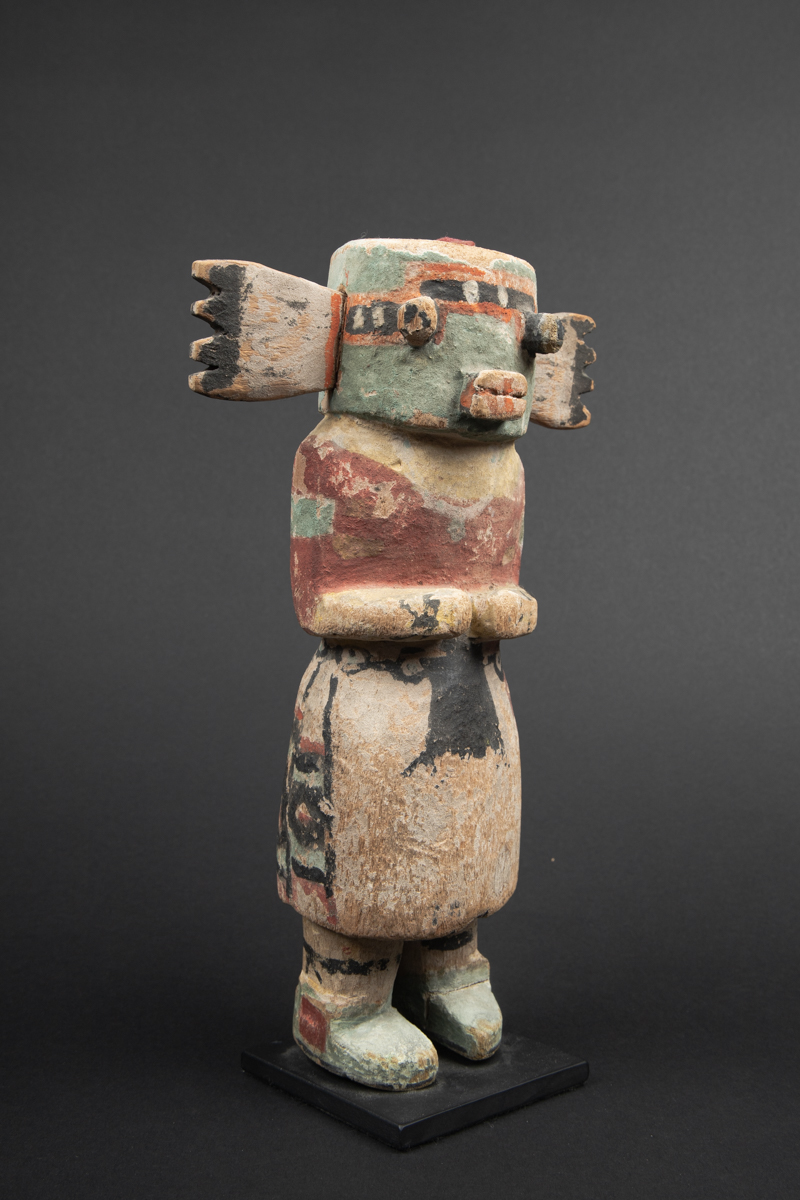 Read More
Kachina dolls (or katsinam) represent spirits or gods from the pantheon of the Pueblo peoples in the American Southwest. Given to children, kachina dolls constituted a teaching tool allowing them to familiarize themselves with the spiritual world and perpetuating knowledge of the founding myths on which their society was based.
The name of this katsina is taken from the word "holi" that the dancer constantly sings and shouts during the dance. It is believed that Holi first appeared in 1904 in Oraibi. This spirit can be seen in kiva and plaza dances. Hopi katsinam are messengers for the rain gods.