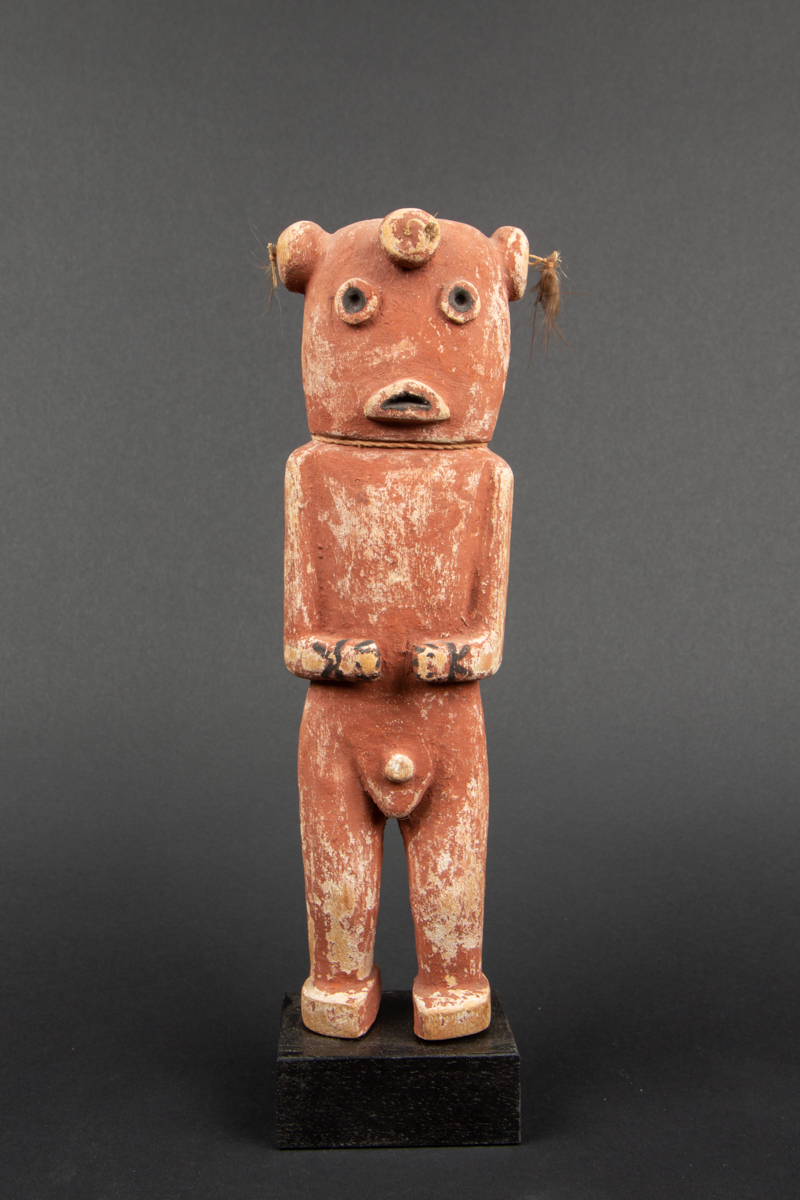 This kachina is a member of the Clown Katsinam and is known as Koyemsi (Mudhead). The name "mudhead" derives from the presence of the mud-like growths on the mask.
In the Zuni pantheon where Koyemsi originally appeared, there are 10 Koyemsi brothers, each distinguished by specific physical characteristics (horns, shape of the mouth, etc.). Among the Zuni, they are God Katsinam and are called the Sacred Clowns.
In the Hopi pantheon there is only one type of Koyemsi Clown.
This kachina played the role of a troublemaker during ceremonial dances. This clown came to provoke the Guardian Katsinam, mocking the other dancers to make the audience laugh.
Clowns played an important role in Hopi ceremonies. In addition to the entertaining and comic nature of their appearances, they allowed the Guardians and Warriors to bring back order and to embody justice and wisdom.