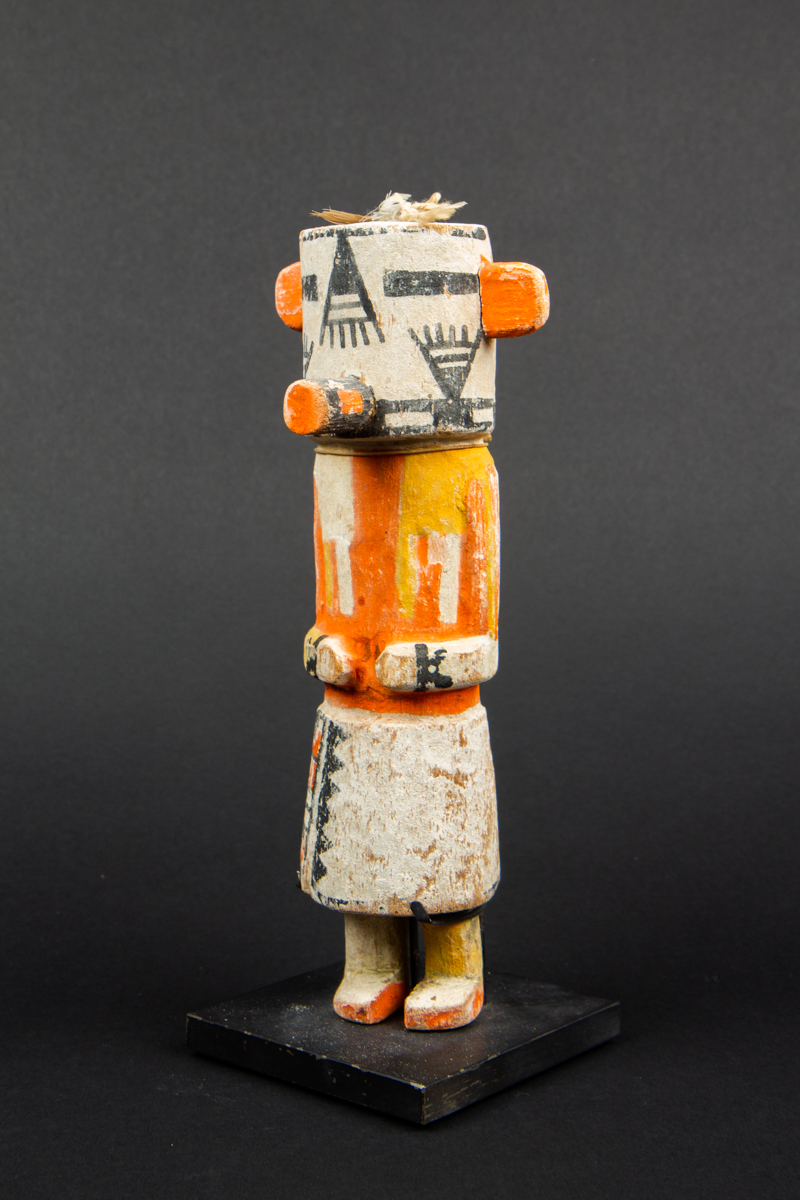 Read More
Kachina dolls (or katsinam) represent spirits or gods from the pantheon of the Pueblo peoples in the American Southwest. Given to children, kachina dolls constituted a pedagogical tool allowing them to familiarize themselves with the spiritual world and perpetuating knowledge of the founding myths on which their society was based.
Birds have always played a central role in Hopi ceremonies. According to Hopi mythology, at the beginning of the world, birds gave the first men the key to certain universal mysteries, allowing them to emerge from the Underworld. Birds continue to play the role of counselors for humans, interceding for them with spirits and divinities. Finally, birds are associated with the worship of water: by remaining close to birds and observing them, the Hopi are assured of locating sources of water, and thus of protecting themselves from drought.
According to Barton Wright, the Turkey Kachina (Koyona Katsina) appears in the kivas with other bird figures at night or during the Mixed Dances in the spring. He is not a common kachina and dances only on First Mesa.