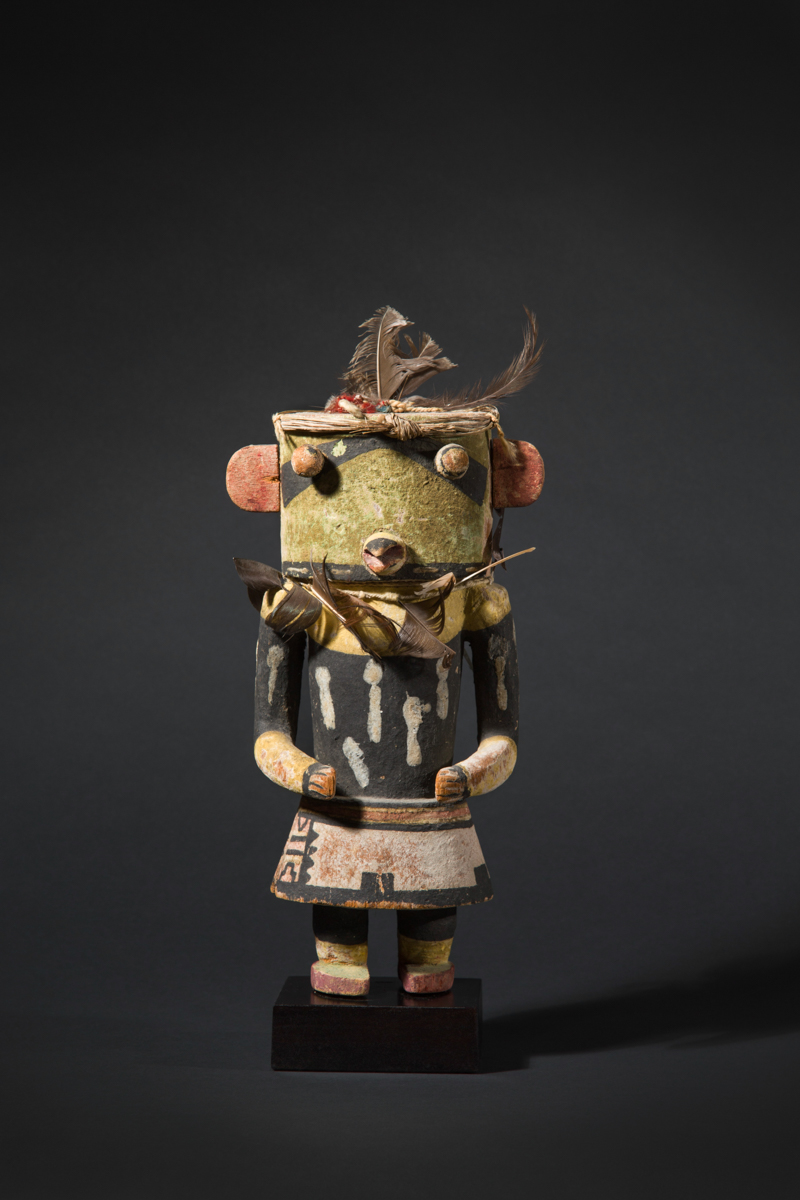 The eagle kachina dances only in the kiva and is given to increase the number of eagles. It also seems to be associated with rainfall. Kwahu (eagle) is considered to be a very sacred kachina and those who perform it must undergo fasting.
The presence of a yucca band around the head is an indication of a hard or war-like personage.
Regarding the provenance of this kachina figure, Albert H. Schmidt (1885-1957), was an early member of the Santa Fe art colony, best known for his high-key modernist landscapes. Schmidt exhibited at the Pennsylvania Academy of Fine Arts in 1911, the National Academy of Design in 1914, and the Panama-Pacific Exposition in 1915.
In 1921, Schmidt visited the Southwest and was so impressed with Santa Fe that he resolved to move there. The next year, he arrived in New Mexico, settling in the village of Tesuque, just north of Santa Fe. Schmidt participated in many exhibitions at the Museum of Fine Art in Santa Fe from 1924 until his death, including twelve solo exhibitions. 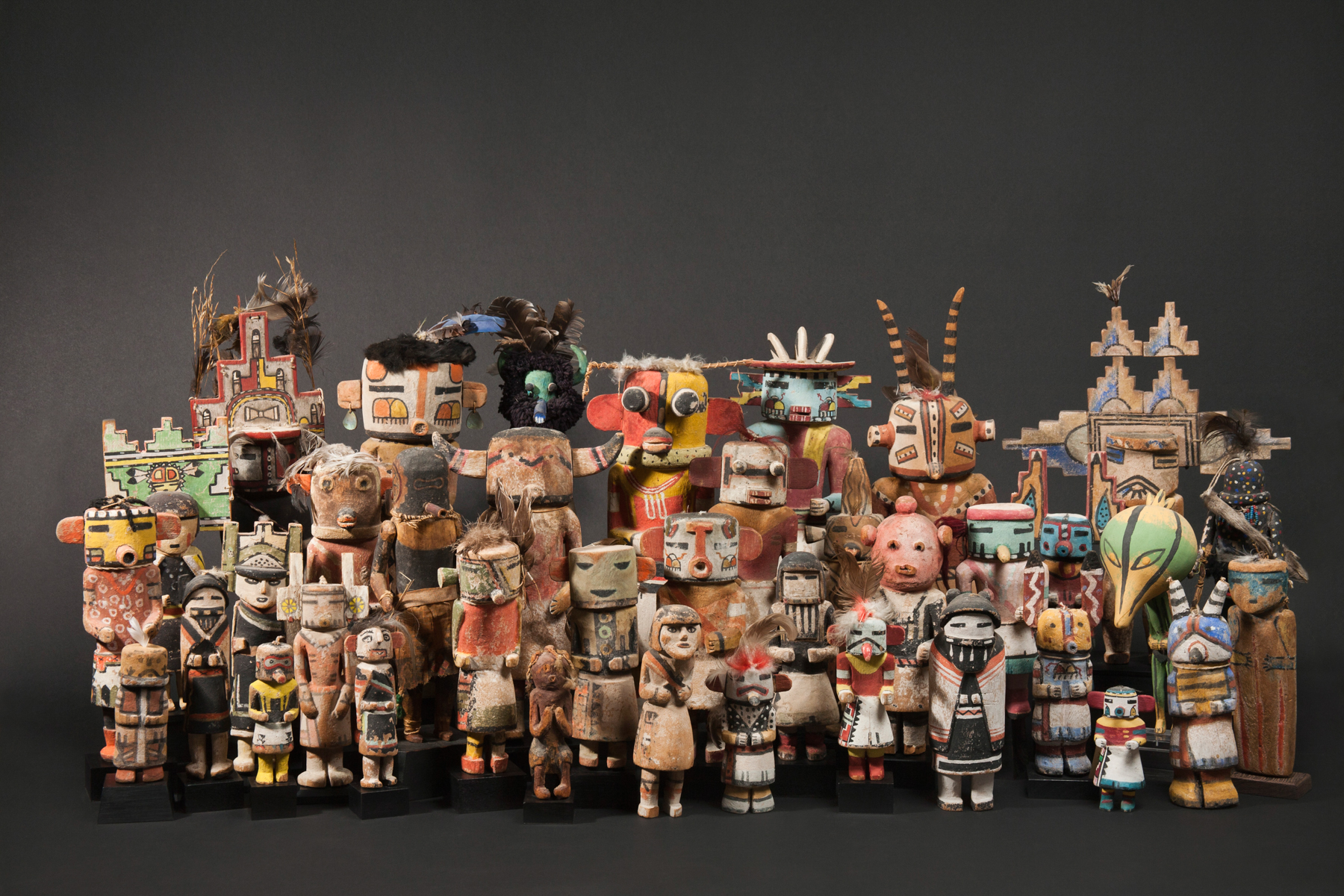