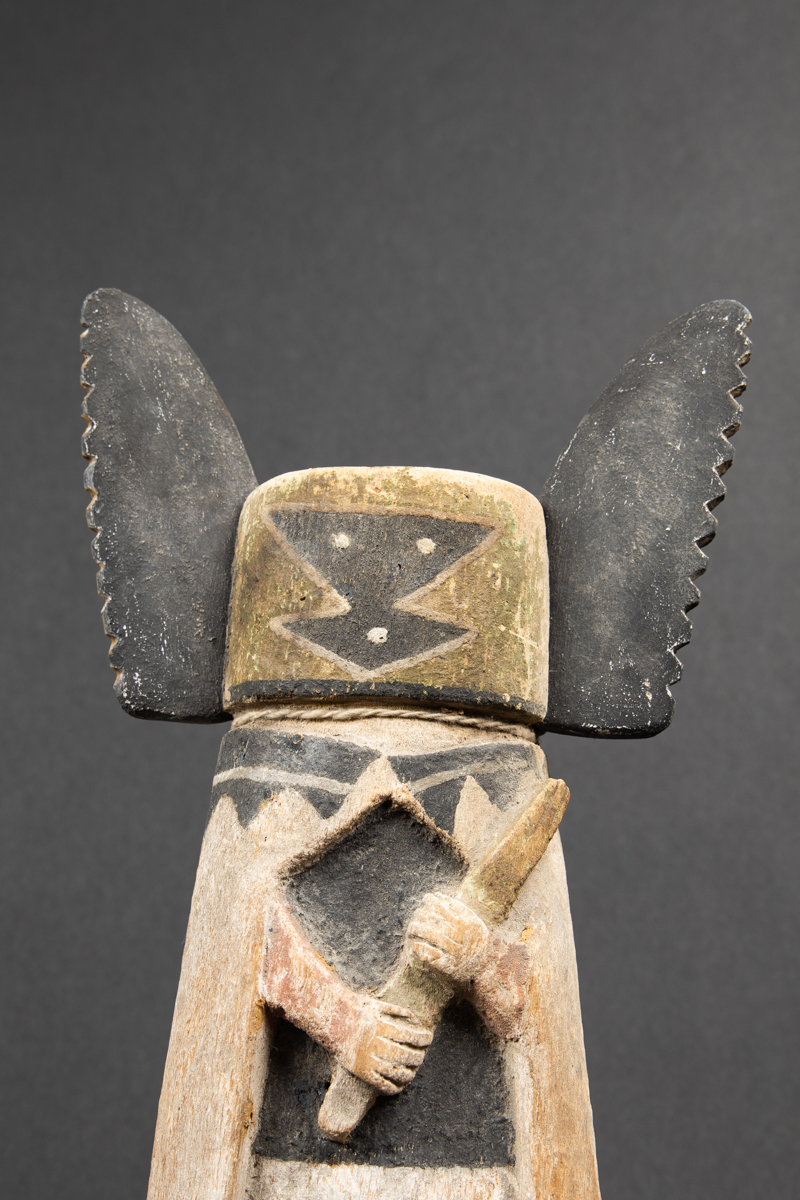 Read More
Kachina dolls (or katsinam) represent spirits or gods from the pantheon of the Pueblo peoples in the American Southwest. Given to children, kachina dolls constituted a pedagogical tool allowing them to familiarize themselves with the spiritual world and perpetuating knowledge of the founding myths on which their society was based.
The kachina spirit depicted here is called Angwusnasomtaka ("Crow Mother") in the Hopi pantheon. This kachina dances on all three Mesas. On the First Mesa, this spirit is also known as Tumas. It is a Chief Kachina who often leads the processions of the important kachinas, especially during the Powamu or Bean Dance.
The stylization of its face features is quite characteristic with double black triangles on the face. The pointed shape of the ears (restored) mirror the triangles of the masks.
Regarding the provenance, Emilie Charlotte Langtry (née Le Breton; October 13, 1853 – February 12, 1929), known as Lillie (or Lily) Langtry and nicknamed "The Jersey Lily", was a British-American socialite, actress and producer. She presumably acquired this sculpture during one of her visits to the western United States in the early 1900s.
Her house, "Regal Lodge" in Kentford and collection were sold in London by Messrs Giddy and Giddy, on July 23, 1919.