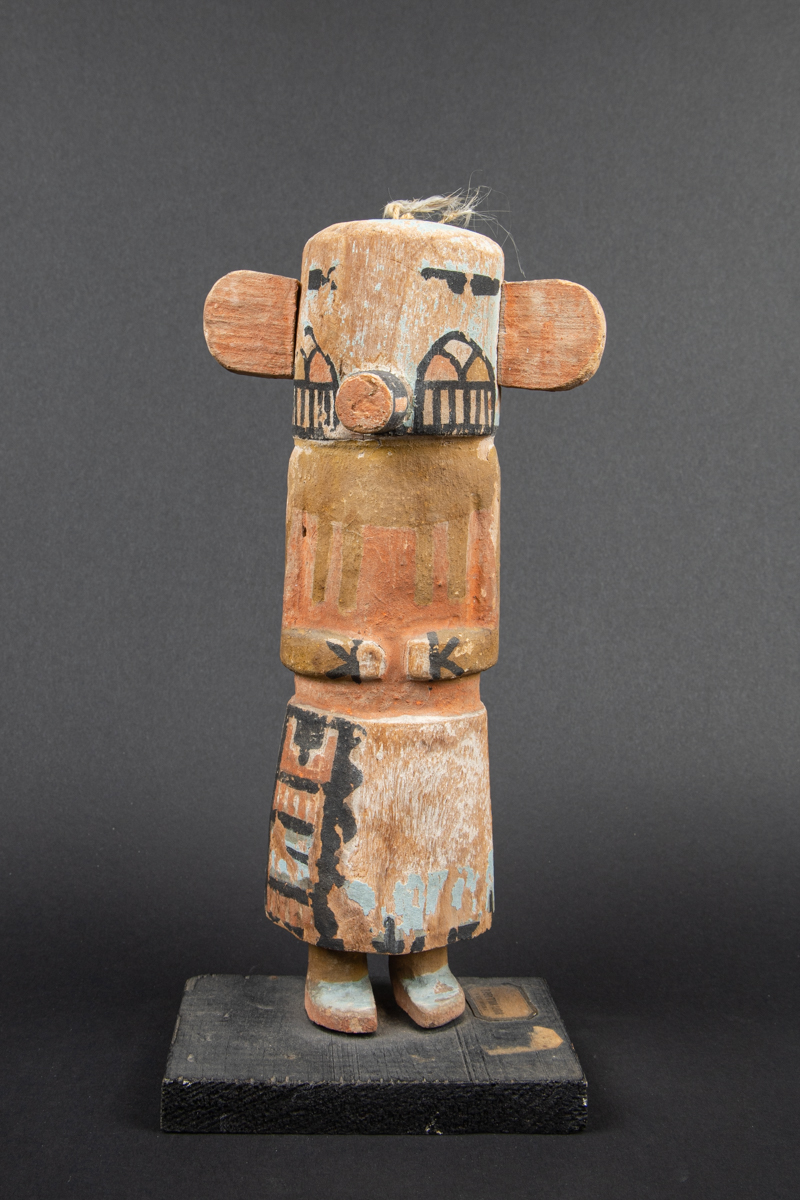 Read More
Kachina dolls (or katsinam) represent spirits or gods from the pantheon of the Pueblo peoples in the American Southwest. Given to children, kachina dolls constituted a teaching tool allowing them to familiarize themselves with the spiritual world and perpetuating knowledge of the founding myths on which their society was based.
According to Jesse Walter Fewkes, the Talavai katsina, appeared on the morning of the last day of the ceremonial cycle called Powamu (Bean Festival). Telavai or Talavai means dawn in Hopi language.
Masked Talavai Kachina dancers appeared in pairs at sunrise on the roofs of adobe houses and sang to awaken the village. They later gave offerings of bean sprouts to all the villagers. They carried pine branches in their left hands and a bell in their right hands.
The appearance of Talavai (Morning Singer) was a prayer for rain (hence the symbol of the clouds on the cheeks).
This doll has superb faded colors and asymmetric painted motifs.
The base still features its original “From the Hopi Villages” sticker. Back in the early 20th century, these stickers were placed on Native American artworks sold in trading posts.