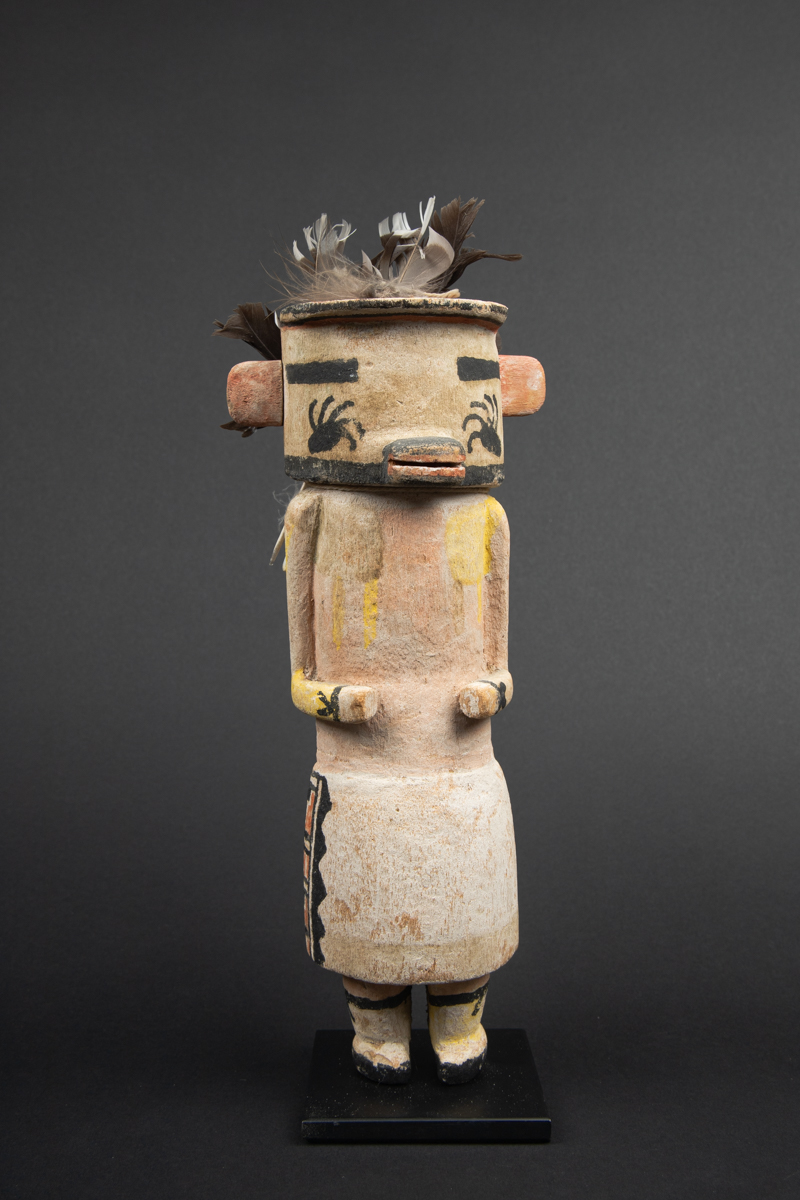 Read More
Kachina dolls (or katsinam) represent spirits or gods from the pantheon of the Pueblo peoples in the American Southwest. Given to children, kachina dolls constituted a teaching tool allowing them to familiarize themselves with the spiritual world and perpetuating knowledge of the founding myths on which their society was based.
The Bear Clan is one of the oldest clans among the Hopi. One of its distinctive symbols is the bear paw print which was notably found on ancient petroglyphs displaying the history of the Hopi tribe (Tutuveni & Dawa Park in Arizona). This symbol is visible of the cheeks of this kachina doll.
Hon, the Bear Kachina, yields great power. He is capable of curing the sick. Bears are also considered to be great warriors.