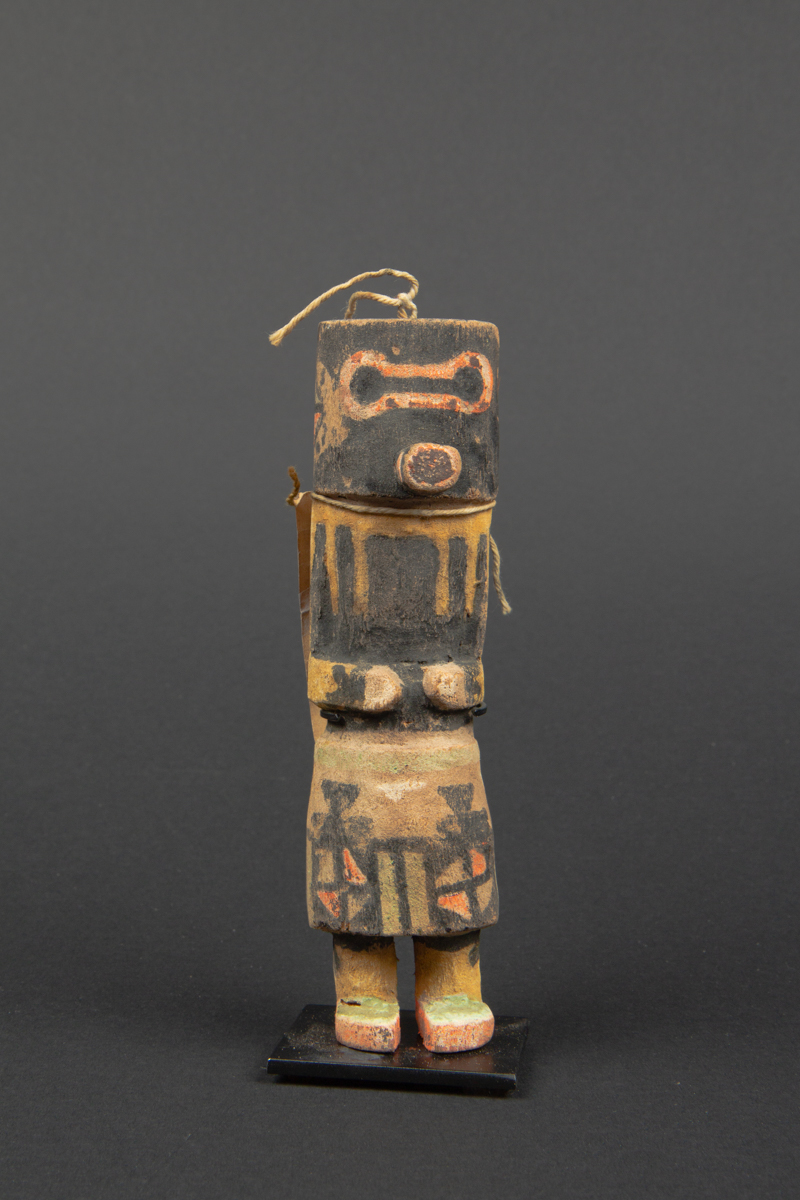 This doll depicts a warrior Kachina (Sipikine Katsina). Sipikine first appeared at Zuni under the name Salimopia and was later incorporated into the Hopi pantheon.
The Sipikine Kachina dancer was barefoot and wore tree leaves around his ankles as well as raven feathers. He had to run very fast, which is why Sipikine dancers were always impersonated by young men. In fact, there are six variants of Sipikine; they are distinguished by their main colors, one for each cardinal point in Hopi symbolism (the katsina here is a black Spikine).