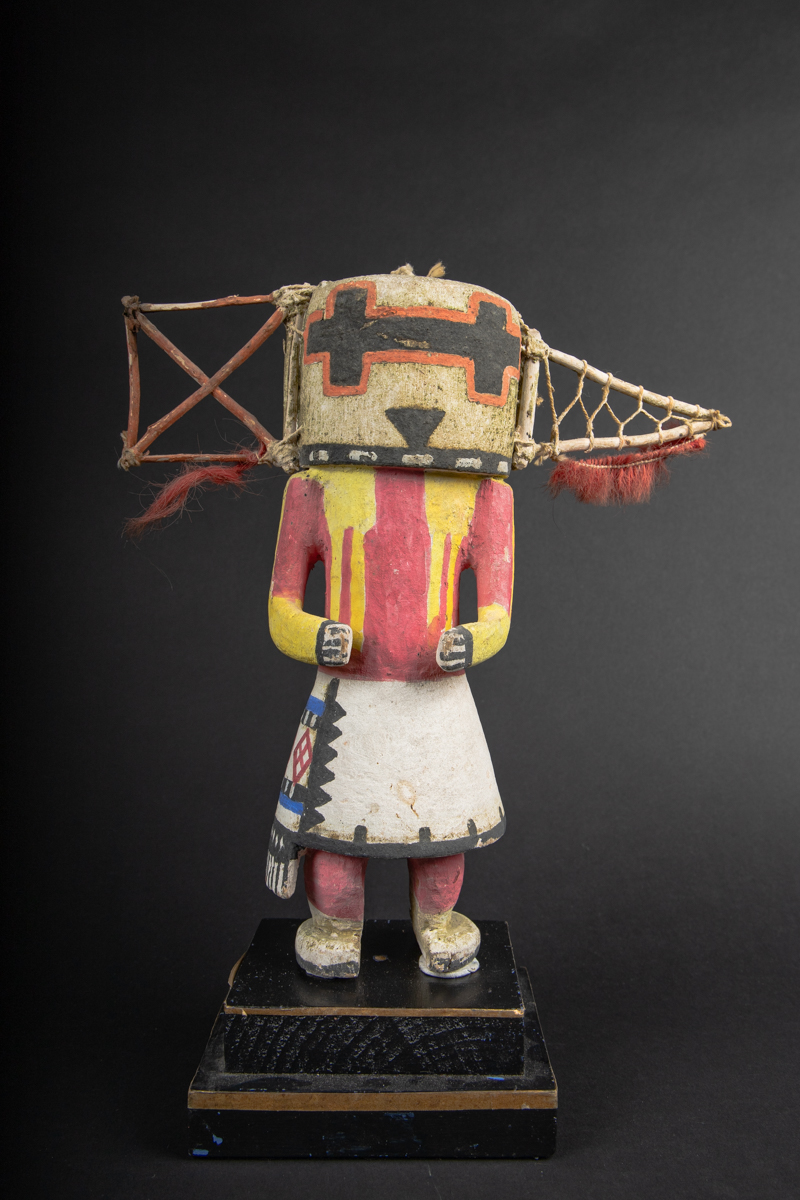 It is exceedingly rare to find carved depictions of this kachina figure called Wupa-ala. It is distinguished by its asymmetrical ears. One of them is pointed, recalling the shape of a horn, hence the name of this spirit, “the long-horned katsina”. Wupa-ala kachina dancers seldom appeared, and usually only during Mixed Dances on the First Mesa, which explains the rarity of its representations.
In terms of iconography, the cross shape at the center of the mask is reminiscent of that of the Terrific Power kachina (Chowilawu Katsina) which plays a purifying role in the village. Wupa-ala is also commonly mistaken for the Zuni Rain Priest. It is the rarity of his appearances (and therefore of his carved representations) that explain the difficulty of his identification.