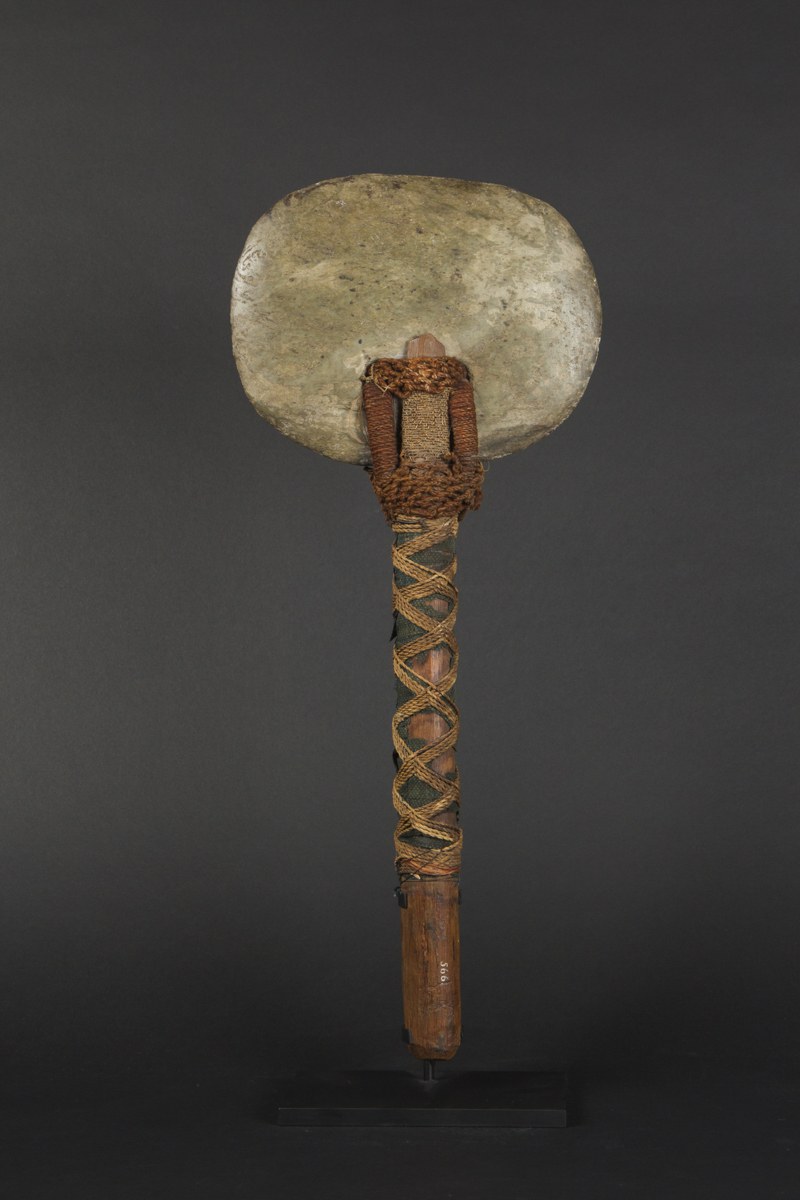 Read More
The earliest available information relating to the function of the axe is that it was used to cut up the bodies of cannibal victims; however, the fragility of the hafting and the preciousness of the blade make such a use extremely dubious.
Maurice Leenhardt in 1930 noted that the “green clubs” were seen in rainmaking rituals. He also noted that these prestige objects were kept in a basket of wealth belonging to important lineages, and that they were only removed on key occasions such as mourning ceremonies and weddings during which affirmation of status occurred.