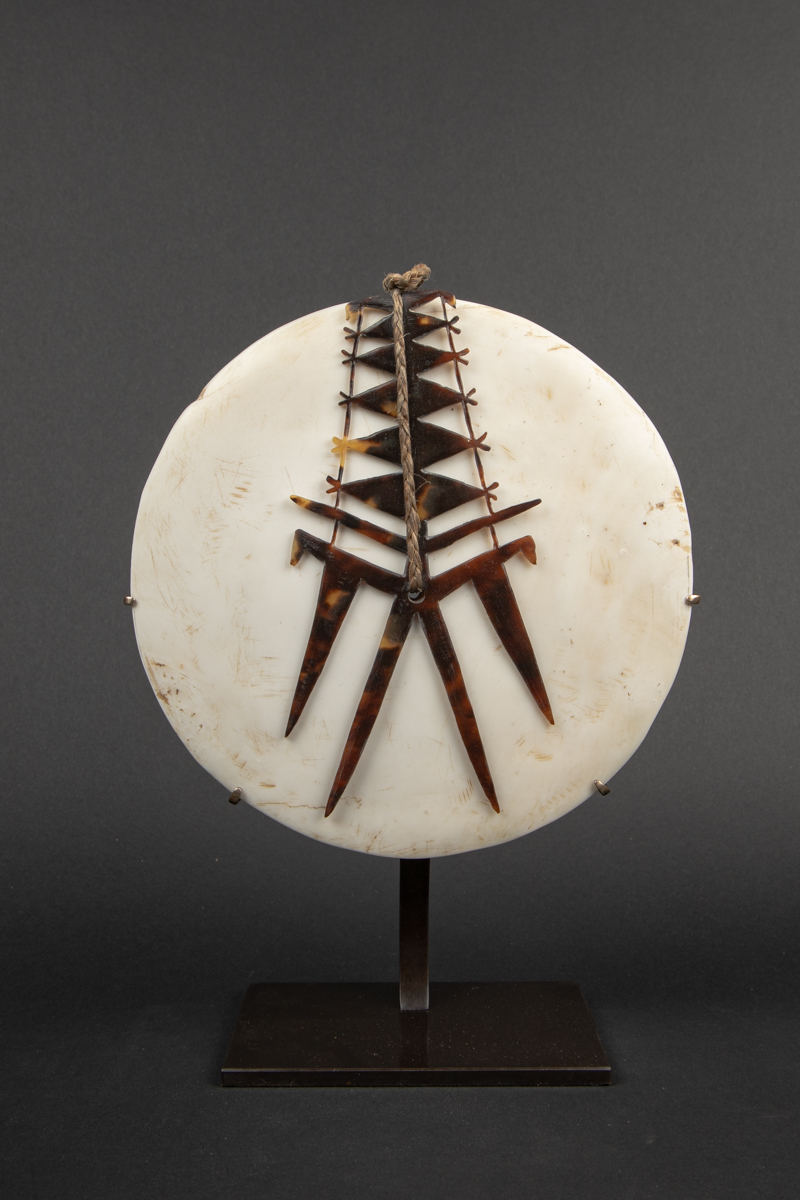 Read More
Kapkap and large breastplates such as the Tema shown here were used as body adornments and served as a sign of social status. Kapkaps and temas were worn on great occasions: festivities, rituals or war expeditions. They could be worn as pendants, as hair or forehead adornments or around the waist.

As stated by the Metropolitan Museum of Art in New York, the artists of the Santa Cruz Islands, which lie between the Solomon Islands and Vanuatu, created distinctive breastplates, known as tema, tambe, or tepatu. Tema were integral elements of the elaborate ceremonial attire worn by men at major dance festivals.
Although highly stylized, the imagery of tema is derived from the natural world. The white shell disk represents the moon, and the overlay incorporates stylized images of frigate birds, dolphins, sharks, and other species important in Santa Cruz religion.