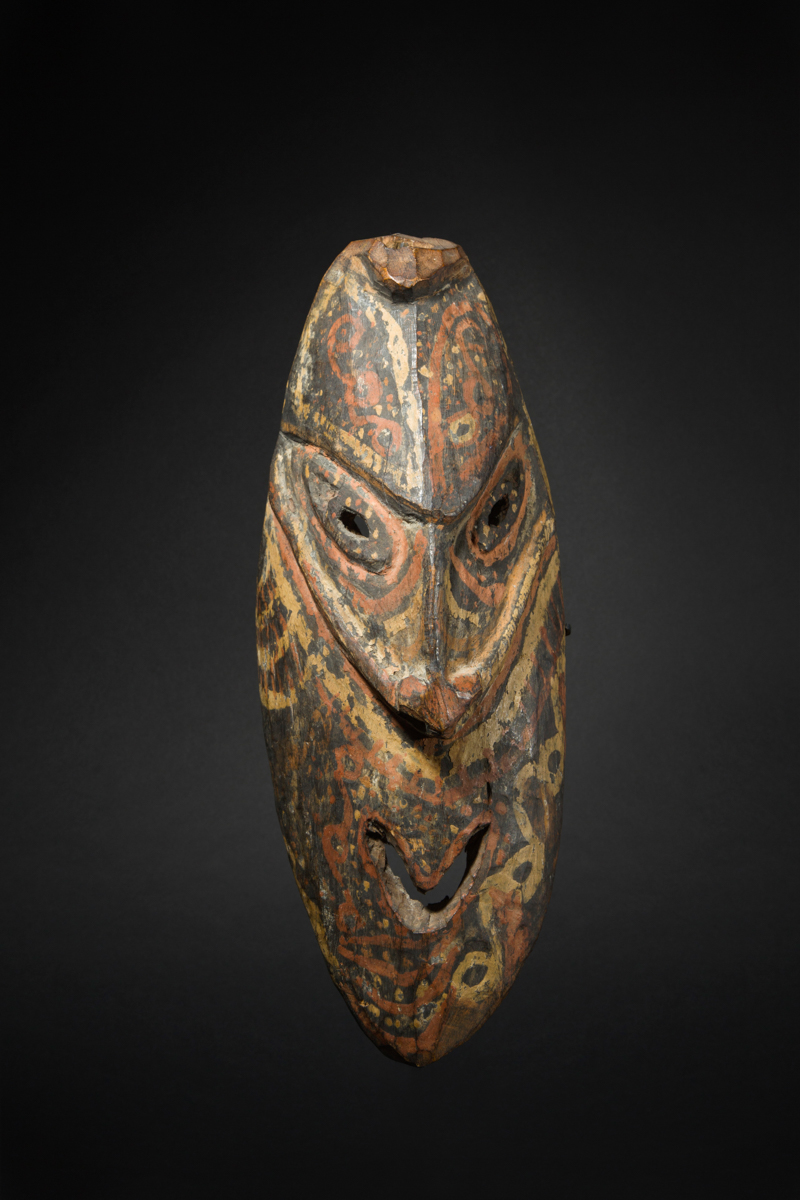 Read More
Masks were omnipresent in the art and culture of the Lower Sepik region. Of extremely variable sizes (from a few centimeters to more than a meter high), they offer a seemingly unlimited range of shapes and colors.
Generally known by the term brag or brag sebug, they represented powerful spirits. As indicated by Sir Michael Somare (“Sana“, 1975, p. 29), “brag spirits gave a man power to fight, power to make peace, power to change people's minds, and power to attract women. They would weaken one's enemy, confuse his mind and make him vulnerable.“
The mask shown opposite, from the Keram area, offers a startling contrast between its angular lines and its wavy, glowing, polychromatic motifs. The painted decoration of the mask –brimming with dynamism and full of mysterious symbols – recalls the work of Jackson Pollock.