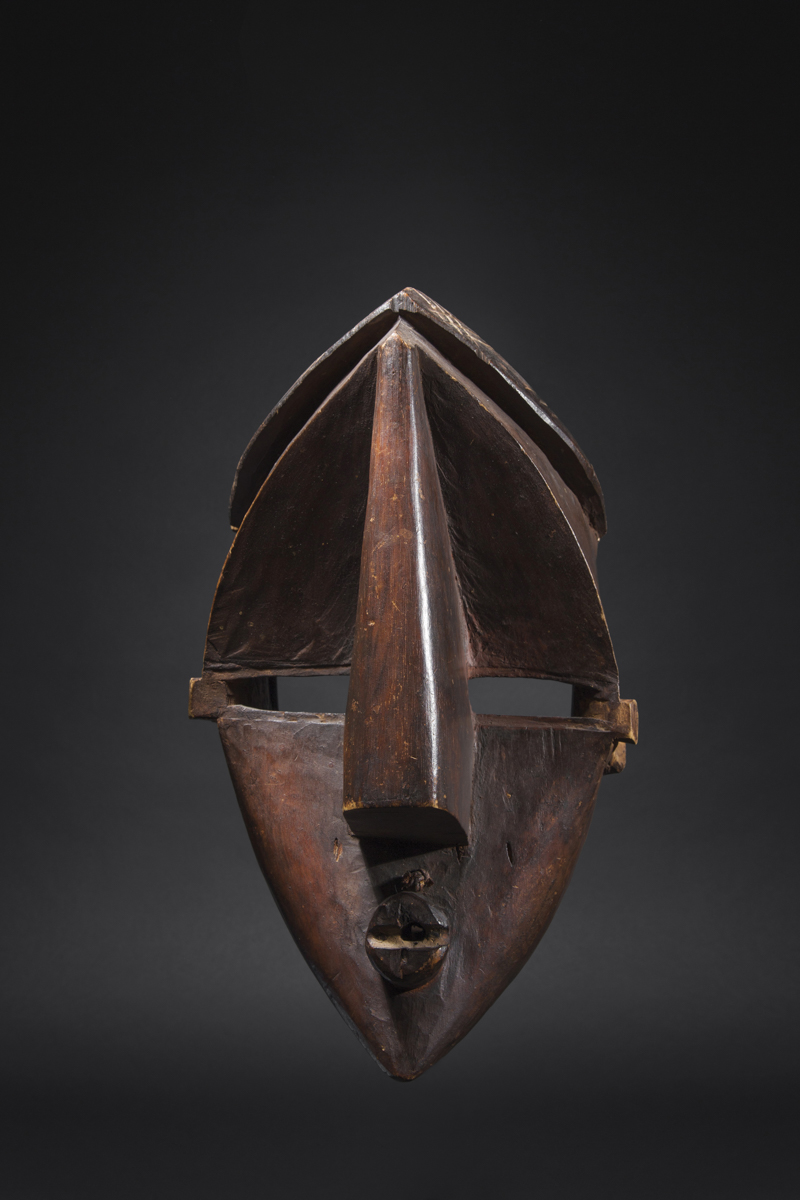 Read More
This large female Lwalwa mask, called a Mfondo is remarkable in terms of its power and its highly Cubist construction. It belongs to the very small corpus of great masks in classic Lwalwa art, which celebrates geometrical forms, tension of line and sensuousness in its curved shapes.
Meant for use in initiation rites for young men in Ngongo society, these masks – where the bridge of the nose is reminiscent of the beak of some birds – were also used in hunting rituals to appease the spirits.
From the time that they were first discovered in the 1930s, Lwalwa masks were admired and sought after by collectors and artists. Even if Pablo Picasso liked to brag, « Negro art, I know nothing about it! », the striking formal audaciousness of this mask instantly evokes his work.