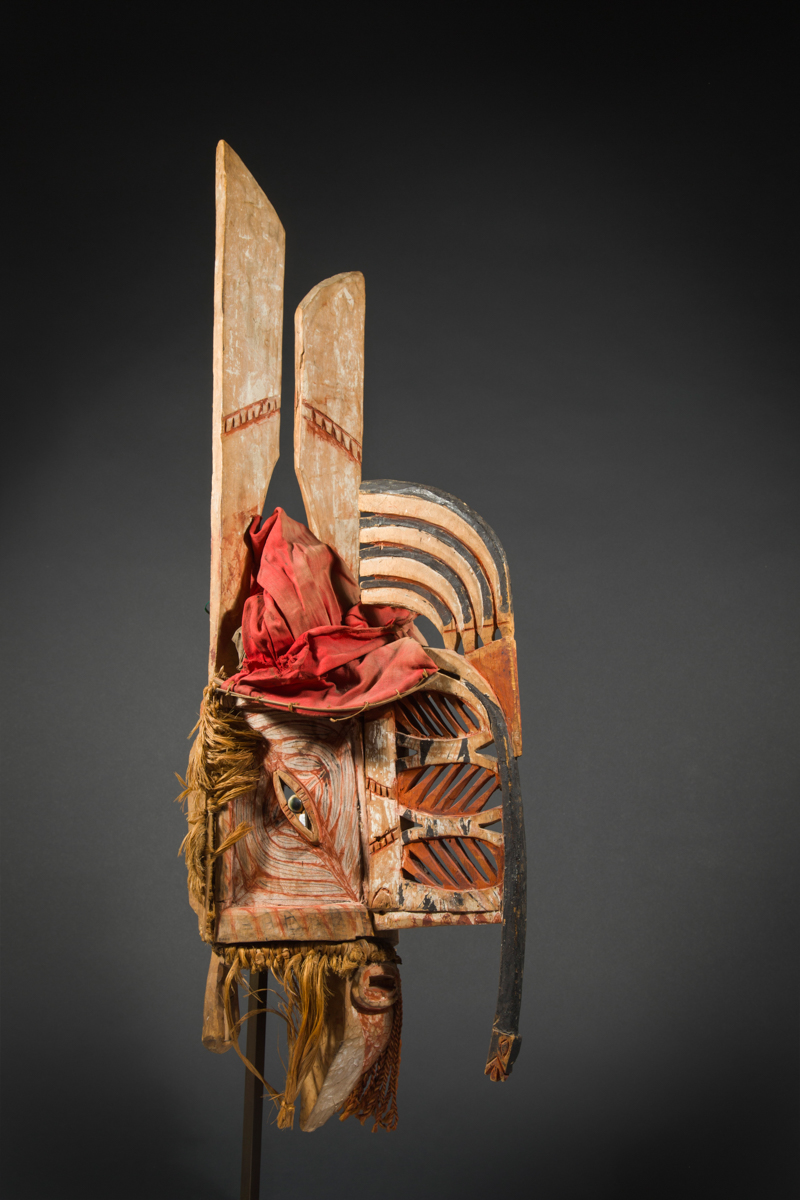 As stated by The Art Institute in Chicago, New Ireland masks create a reality of their own. They capture and reveal spiritual power.
Many masks from New Ireland depict fantastic supernatural beings summoned during feasts and rituals such as the malagan (malanggan) or kepong (kipong). Masks aren’t malagans, but they’re often worn during celebrations to honor the dead, and may be shown with malagan carvings in display houses.
The mask shown here is the depiction of a ges, a fearsome supernatural spirit of humanoid form. The concentric décor at the center of the mask is probably the painted representation of "the fiery eye" (mataling in Tabar). This image refers to the life force that passes from one generation to the next as stated by Michael Gunn & Philippe Peltier in Nouvelle-Irlande, Arts du Pacifique Sud, Musée du Quai Branly, Paris, 2007.


The remarkable inventiveness of such New Ireland masks fascinated great artists of the 20th century and most notably the Surrealists.