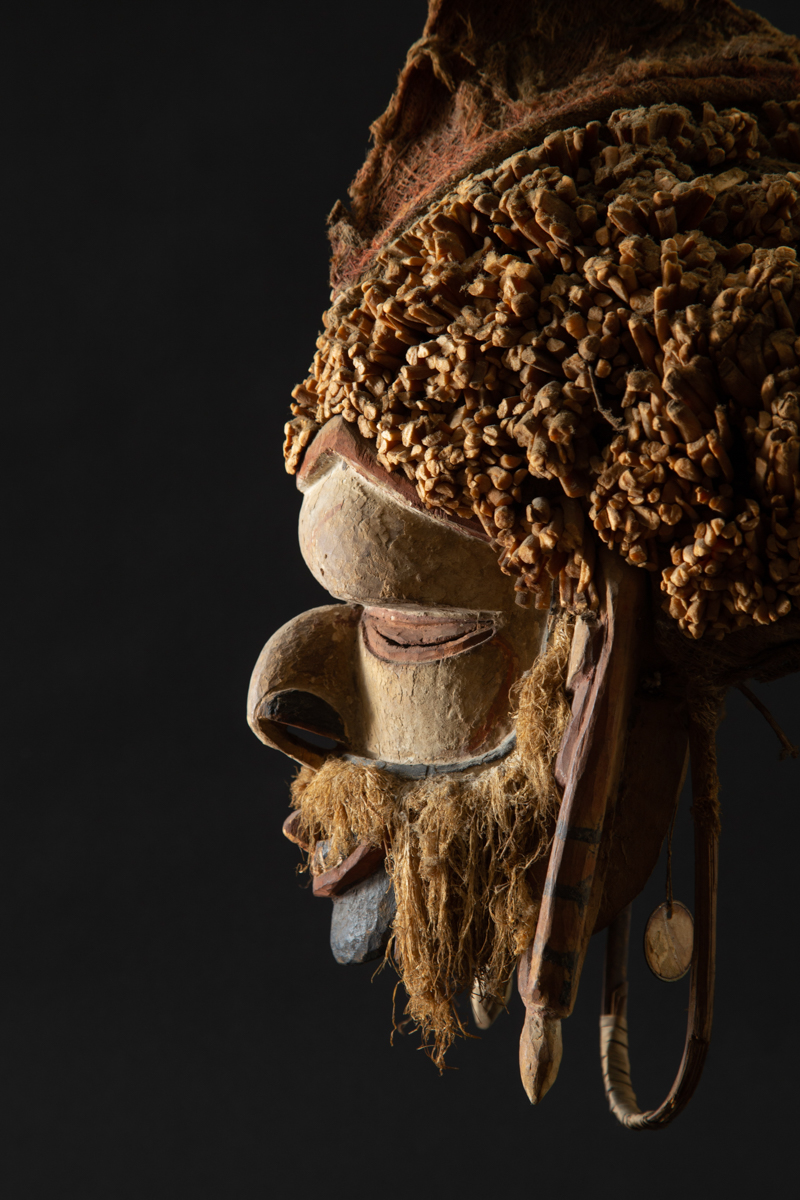 Read More
The ritual life and social organization of the clans of northern New Ireland was punctuated by long and complex funerary ceremonies called Malagan. These very codified and structured practices could be finished off by additional rituals and dances, the most important of which were known by the name of Kipong. Within the institutions of Malagan and Kipong, an extraordinarily diverse group of statues, objects and masks with very specific functions was created, sometimes for a single use lasting only minutes.

This exceptional white mask with an imposing coiffure is reminiscent of the canonical form of tatanua headdresses. Still, it belongs to an eminently limited corpus of portrait masks of important men of New Ireland. It dates back to the 19th century and was collected by Hiltrup Missionaries from Germany.
It was later acquired by George Goldfayn (1933-2019), an author, publisher, man of letters and cinema. Passionate about art, he was closely associated with the Surrealist circle in Paris from 1950 onwards. A close friend and confidant of André Breton, Georges Goldfayn participated in the launch of the gallery À l'Étoile scellée, 11 rue du Pré-aux-Clercs in Paris at the end of 1952. Breton was the artistic director while Goldfayn was the gallery administrator.
Under the aegis of André Breton, he began collecting ancient Oceanic and North American art in the 1950s and continued to do so until his death.