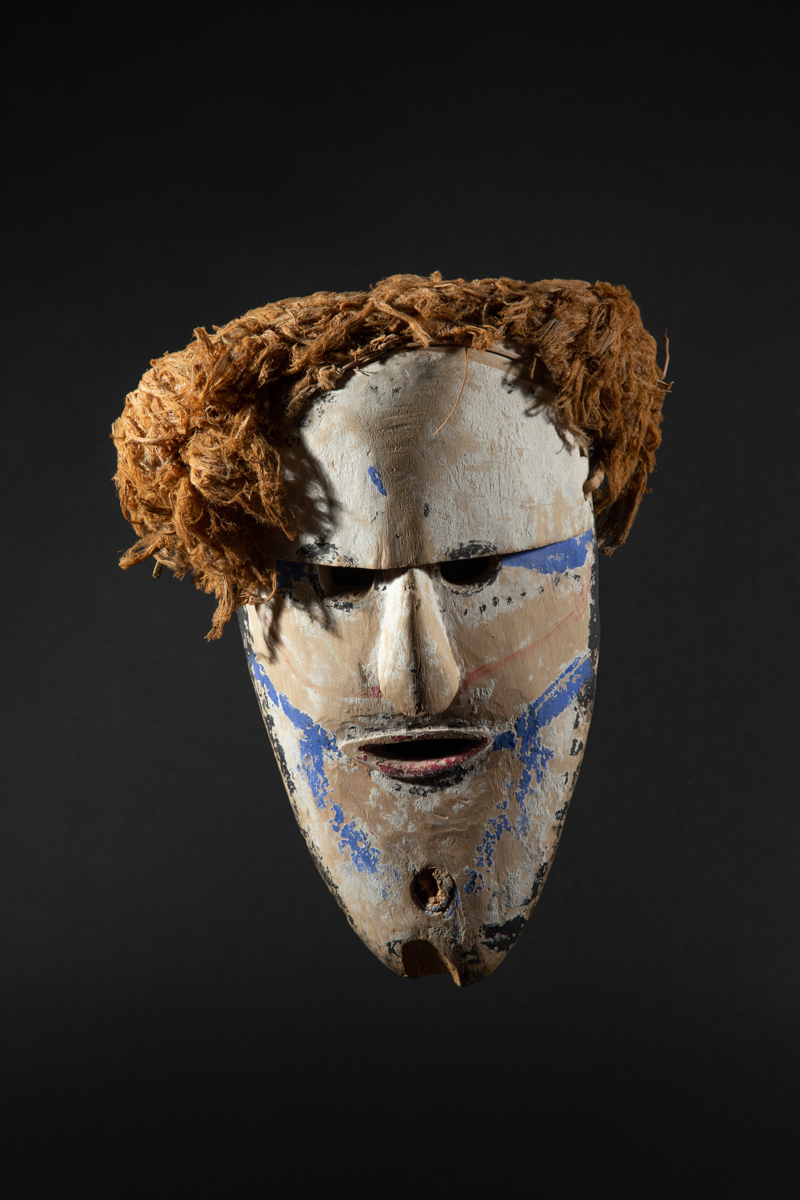 Read More
The art of New Ireland and New Britain in Melanesia, Oceania has fascinated Western artists since the beginning of the 20th century and most notably the Surrealists. In the celebrated 1929 map attributed to Paul Eluard, the Surrealists placed the Bismarck archipelago at the center of the world.

As Philippe Peltier notes in Arts d’Afrique et d’Océanie - Fleurons du musée Barbier-Mueller, 2007 p. 314, the Duke of York Islands are located a few nautical miles off the coast between the Gazelle Peninsula and southern New Ireland. In 1900, a colonial census listed only 3,373 inhabitants left on the islands. Little ethnographic data on ancient societies was ever recorded. The main source of information is Richard Parkinson’s “Thirty years in the South Seas" published in 1907.
The population originally came from southern New Ireland and still shared many cultural traits with this region. Parkinson mentions wooden masks with a large, menacing smile. He refers to these masks as lor (or lorr).
In the idioms of this region, lor refers at once to the skull and the masks, as well as to the rituals where they appeared. Lor masks are related to spirits and death.
The significance of lor masks in the Duke of York Islands is uncertain, but they likely played similar roles to those of Tolai, where the tradition persists. Today, Tolai lor masks are worn by performers in a dance called tambaran kakao (spirit that crawls). The masks reportedly represent a spirit that comes to a local leader in dreams and reveals the details of dance paraphernalia and choreography.
In earlier times, during funeral ceremonies, Lor masked dancers appeared on the occasion of the redistribution of wealth. This task was deemed too delicate to be undertaken by unmasked men. At other times, they danced before the arrival of dukduk masks or during female initiation ceremonies.