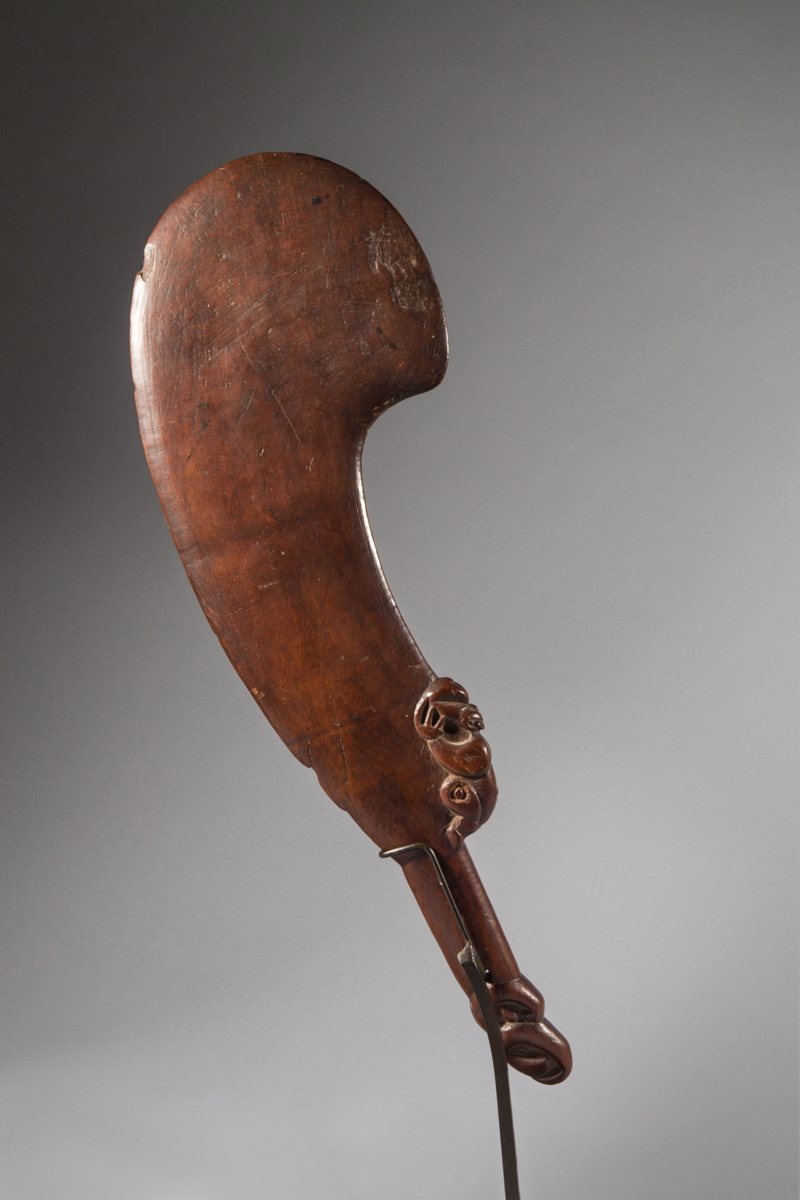 Read More
War was an integral part of Maori life. The complex and diverse causes of conflicts found their origins in disputes between groups competing for territory or resources. They could be linked to retaliations / vendettas between villages. Finally, taking part in combat was a way for a warrior to gain mana (sacred power).
Short hand clubs like the one presented here were designed for close combat. The whole blade edge might be used to parry blows or strike an opponent during combat.
These striking weapons were also an important symbol of authority. The carved figures on the side and at the end of the club depict Maori mythological beings, notably tiki, the primordial ancestor.