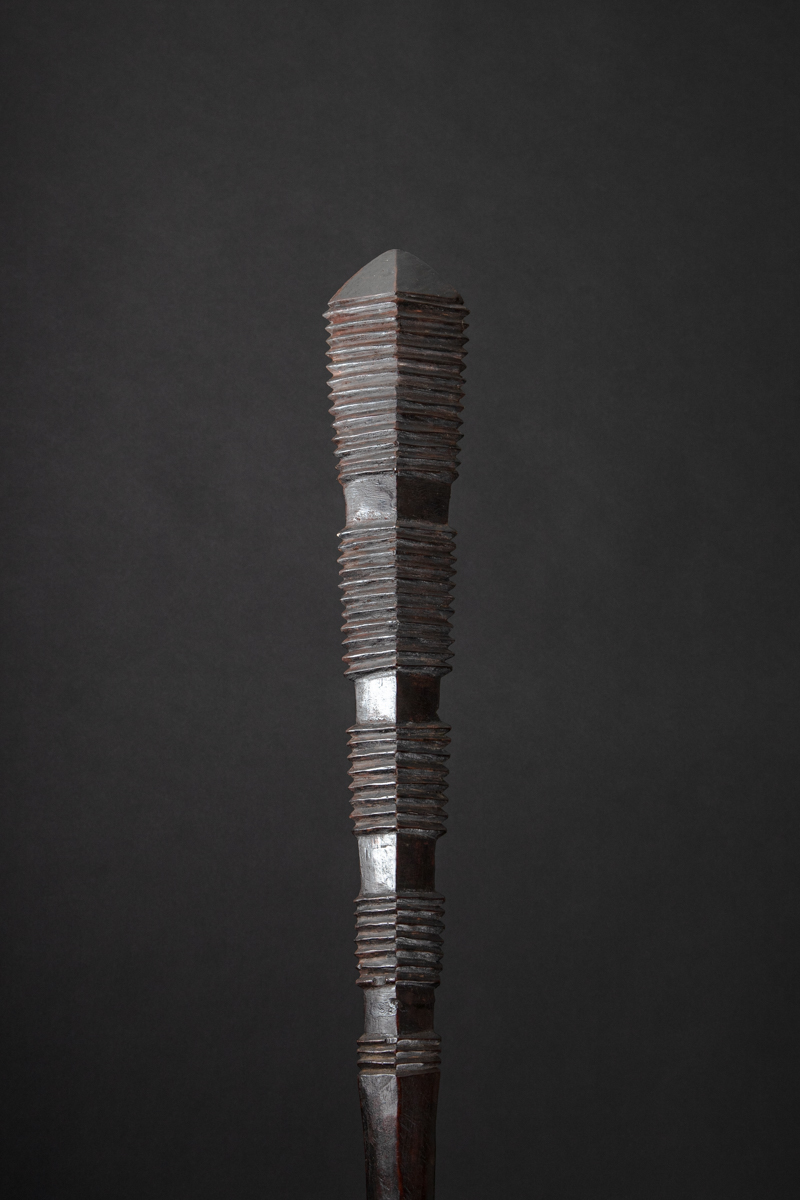 Read More
Pakipaki is a tapering club with a flattened diamond cross section.
In combat they were designed to cut flesh and break bone. Such clubs were also used in Tongan dances and were signs of male skills and prowess.

As stated by the Pitt Rivers Museum ("The Art of War"), "clubs were the favorite weapon of Tongan warriors, and the higher the rank, the better the quality. There are many layers of symbolism in the weapons designs.
Tongan clubs were carved by a number of different men, and it would have been unusual for any one weapon to be the sole product of a single craftsman. These craftsmen were known as tufunga tata. Clubs were among the most complex and demanding of woodcarvings, despite the fact that the work required no lashing or jointing. The difficulty lay in the club's refined shape, which the carver was expected to match to pre-existing examples. There were more than sixty different types of club and each type conformed to a refined system of rules, defining the proportions of its dimensions, the curvature of its lines, the form and number of its collars, the kind of decoration appropriate to its type, and so on. »