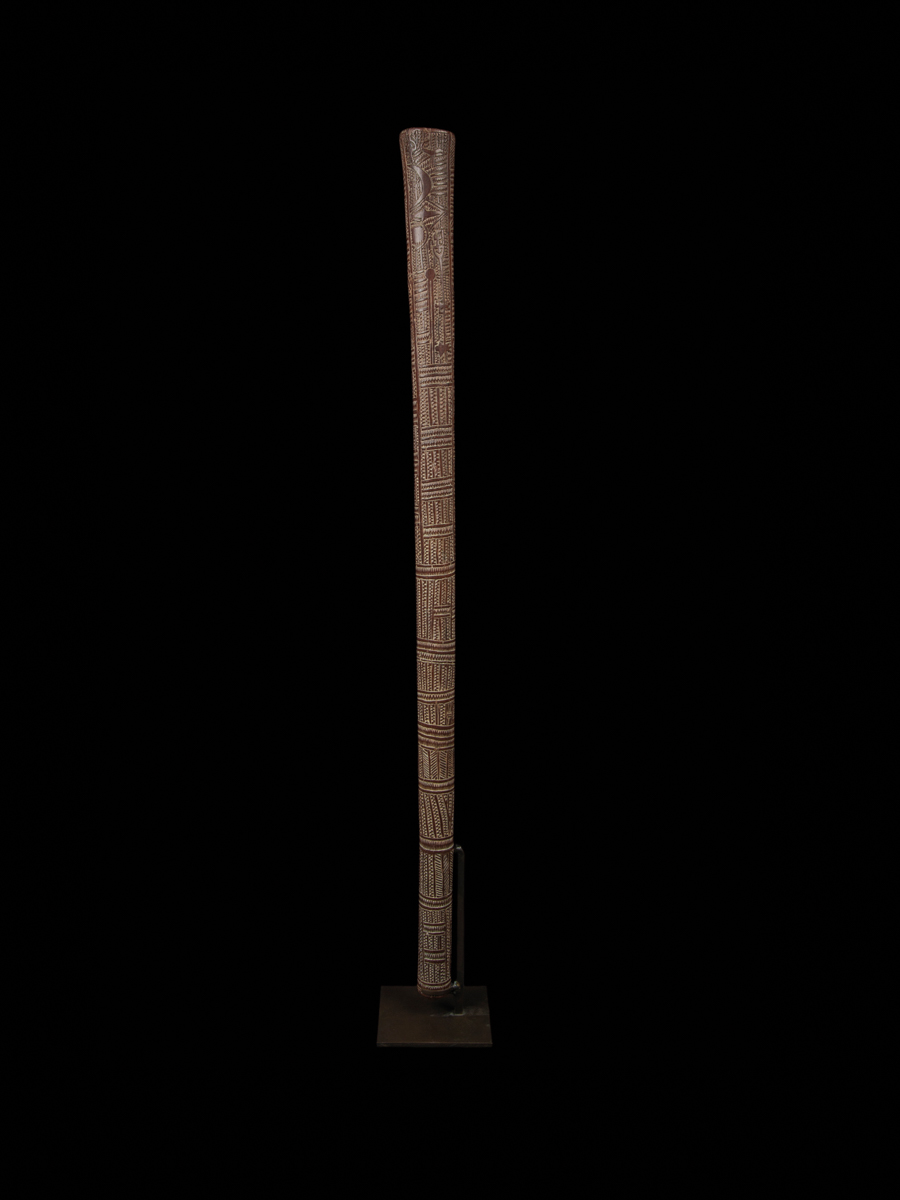 Read More
War occupied a preponderant place within Tongan societies. Battles served to reinforce the authority of chiefs as well as to multiply ties between different groups of allies.
War clubs – the most precious possessions of warriors – evidenced exceptional sophistication and refinement in their sculpture and ornamentation.
This Povai or Bowaï (pole) club is made of ironwood (Casuarina equisetifolia). The carving is highly elaborate and refined. The entire club is finely incised with a wide variety of changing patterns including several exceptional, large figurative glyphs.