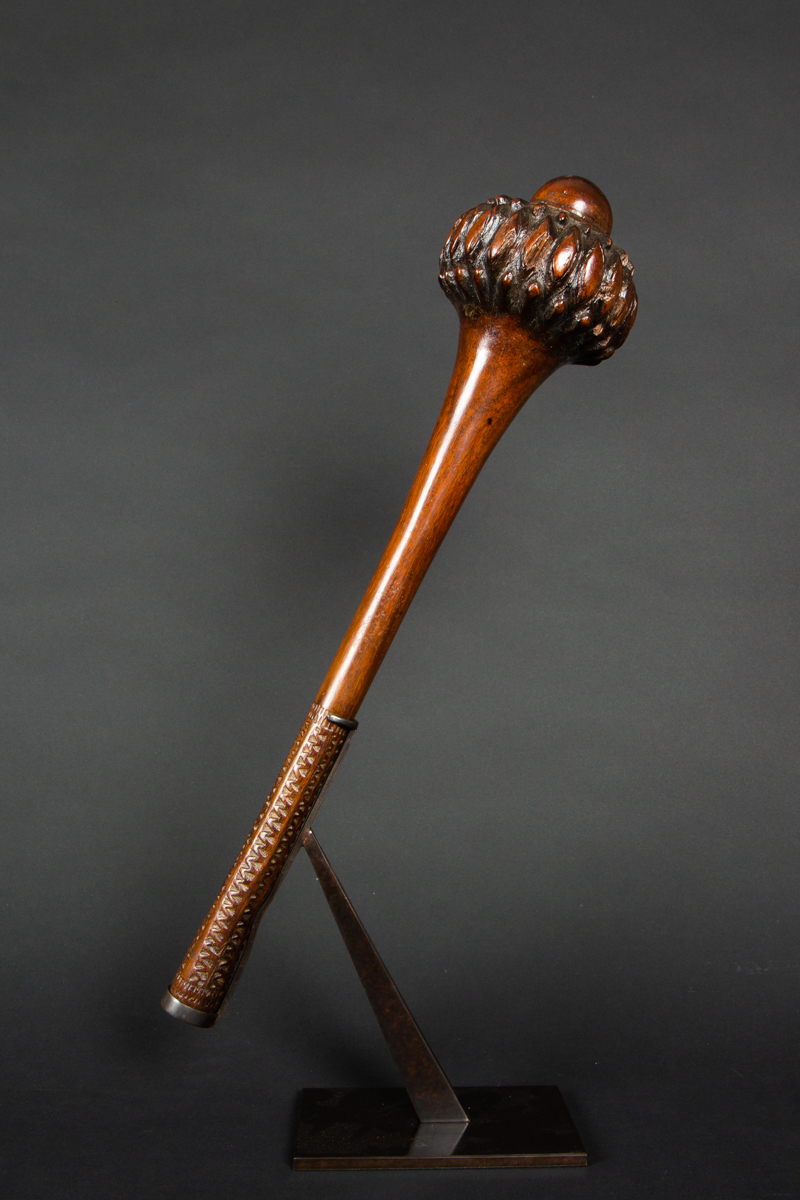 Read More
It was in 1643 that the Dutch navigator Abel Janszoon Tasman discovered the Fiji archipelago in the South Pacific. Traditional Fiji society was organized around clans and divided into hierarchal classes, with chiefs and priests found at the summit. War occupied a preponderant place within Fijian society. Battles served to reinforce the authority of chiefs as well as to multiply ties between different groups of allies.
War clubs conferred prestige on their owners, and were proof of their status as warriors.

I-ula tavatava throwing clubs were among the favorite (and deadliest) weapons of Fijian warriors. They could be used as a bludgeon in close combat or thrown in short range distances at assailants. They were carved from the rootstock of a hardwood tree.