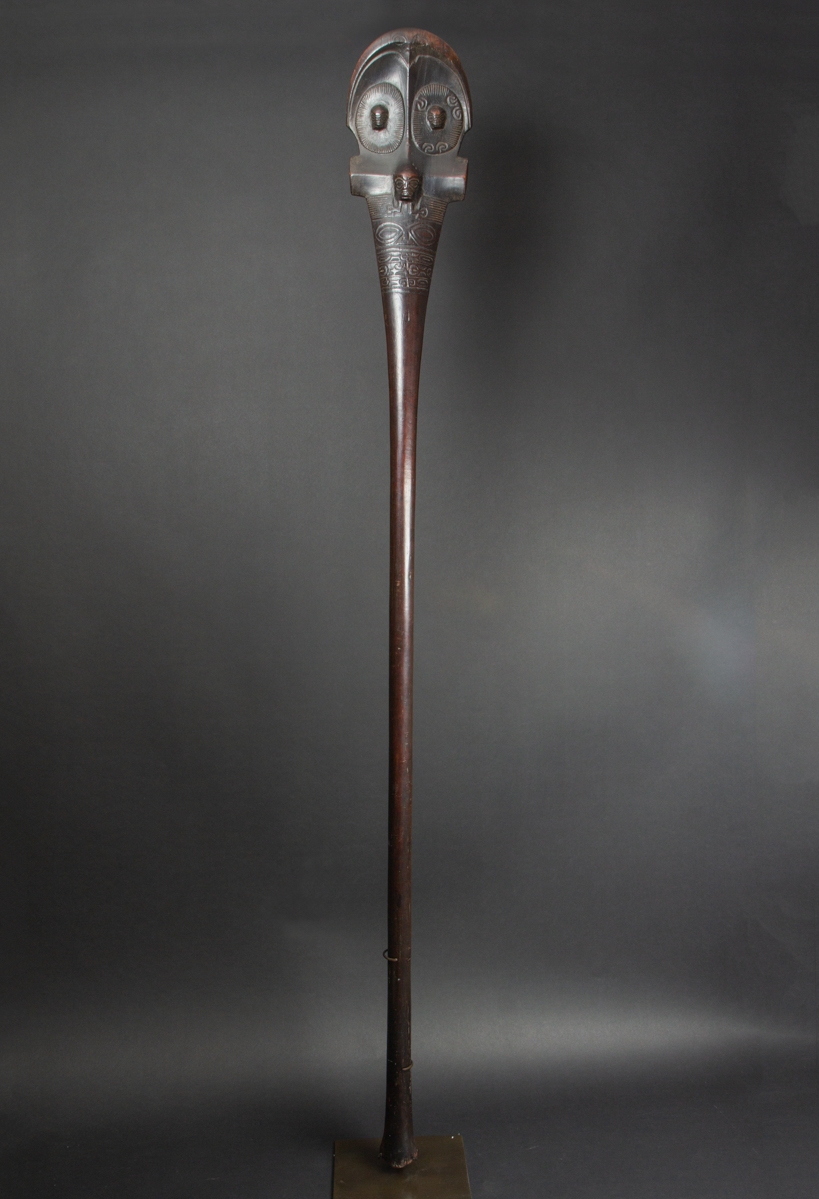 Read More
In 1900, Paul Gauguin observed: "In the Marquesan especially there is an unparalleled sense of decoration. Give him a subject even of the most ungainly geometrical forms and he will succeed in keeping the whole harmonious and in leaving no displeasing or incongruous spaces. The basis is the human body or the face, especially the face. One is astonished to find a face where one thought there was nothing but a strange geometric figure. Always the same thing, yet never the same thing" (Wardwell 1967: 41).

This exceptional club is an ancient and very pure form of u’u club.
The upper section of this 150 cm tall club features a series of three tiki heads carved in relief. The incised décor of the circular motifs around two of the tikis display a rare asymmetry: while the edge of one of them is decorated with a radiant pattern, the other one displays five curved lines which relate to Marquesan tattooing decoration called ipu ["containers"]. Below the crossbar, another carved tiki face appears, surrounded by refined and geometric motifs.

The representations of the tiki heads convey an intense sense of power and strength. The tatoo marks below the tikis add refinement and grace to the piece.
The quality of the carving and the superb dark patina attest to the age and great use of this rare, ancient club.

Carol S. Ivory notes in Adorning the World: Art of the Marquesas Islands published the the Metropolitan Museum of Art in New York, 2005: Warfare was an integral part of Marquesan life. Weapons included slings, spears, and war clubs made of ironwood, a heavy, dense wood the Marquesans called toa, which was also the word for "warrior." One type of club, the 'u'u, and effective weapon in hand to hand combat, also served as a symbol of prestige for chiefs and warriors.