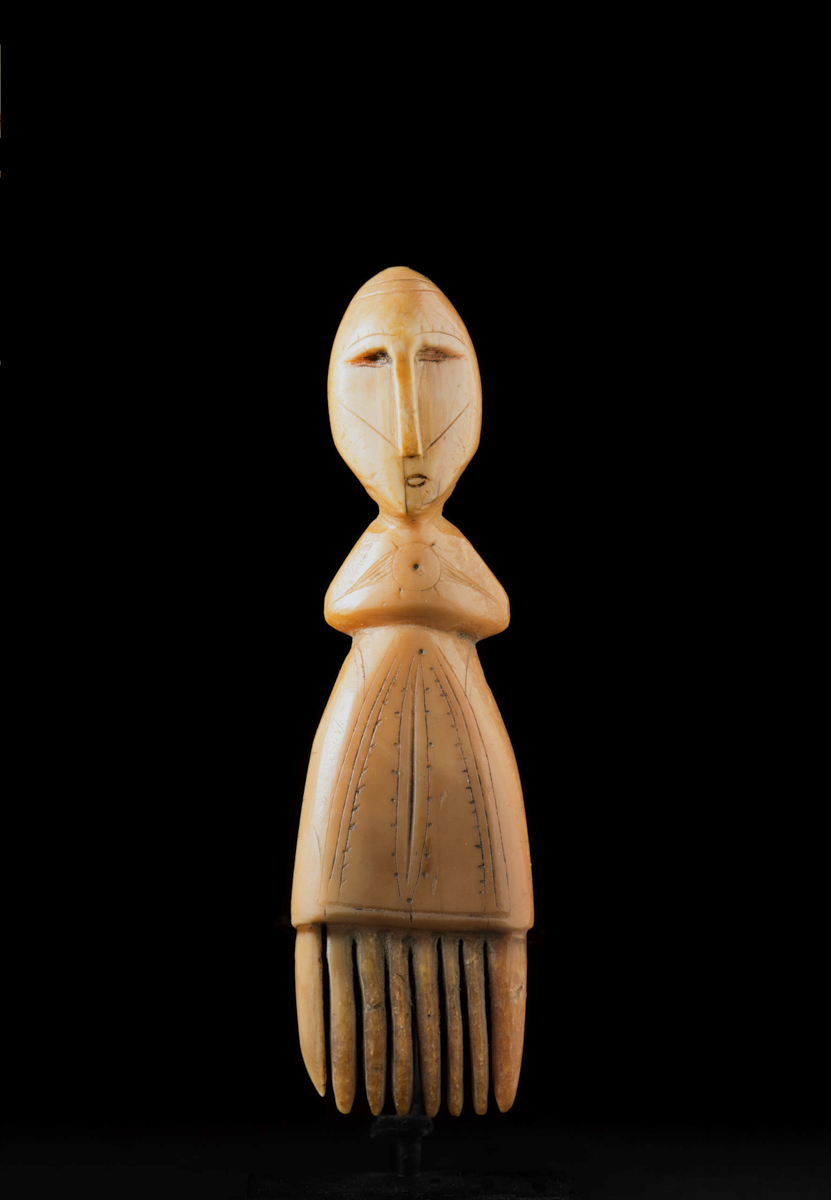 Read More
This archaic Eskimo sculpture, with its unique ornamentation and sensitivity, represents a human figure, its lower extremity ending in the shape of a comb.
The face is at once both intensely expressive and quite spare. The features are stylized, and the bridge of the nose elongated. The parallel with Cycladic art is striking.
Geometric motifs, incised with great finesse, decorate the torso and the back of the figure. Some of them, under the neck and on the back, are patterned using circles and dots, a representation with shamanic dimensions. Found in all of the successive cultures of Alaska for over more than 2,000 years, it is called ellam iinga, literally, « eye of the universe » or « eye of awareness » in the Yup'ik language.
Here, the anthropomorphic figure is combined with a utilitarian object (a comb used particularly to prepare bear fur and skins) even while taking on an eminently ritual character.