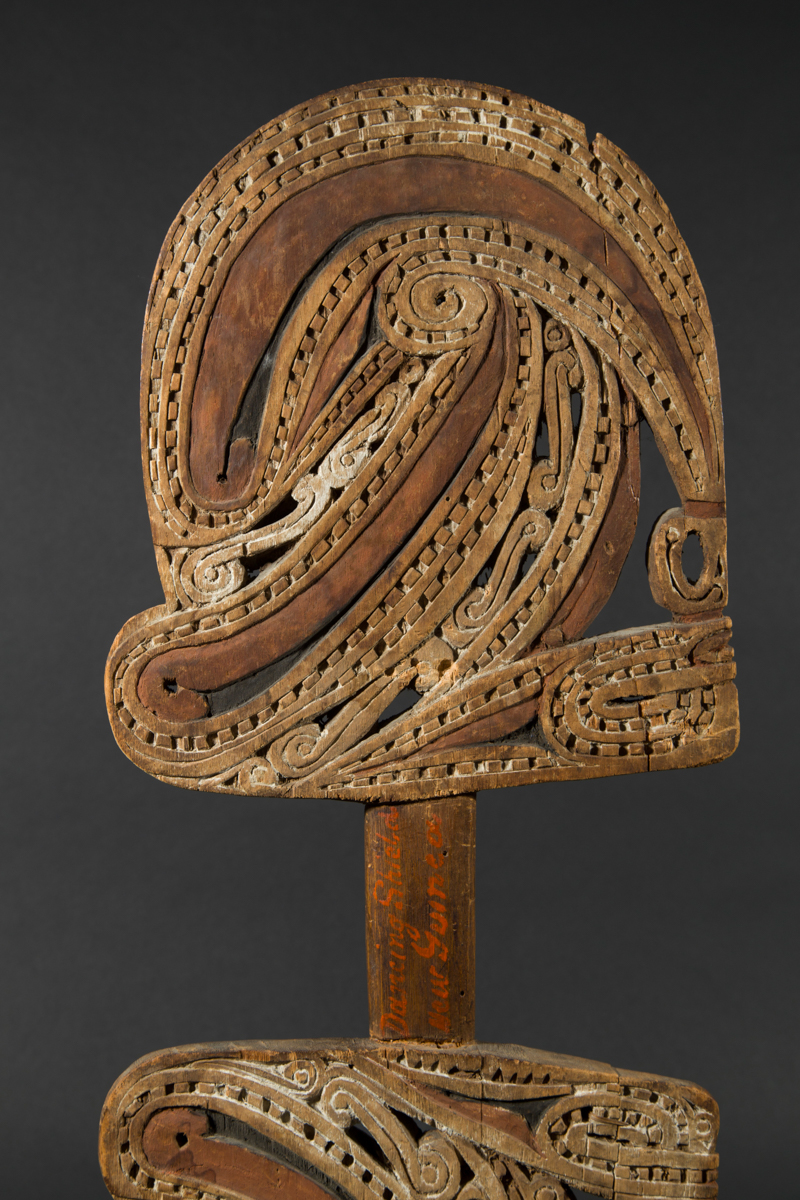 Read More
According to the Pitt Rivers Museum in the UK, this type of dance shield is known as a kaydiba in the Trobriand Islands, an archipelago of coral atolls situated in Milne Bay Province off the eastern coast of Papua New Guinea. The region is part of the Massim cultural area where art favors two-dimensional carving covered with low relief abstract designs and the application of white lime.

The kaydiba was a shield used entirely for dancing in the energetic male dances of the same name. Young men held these dance shields in their right hands. They danced in an anti-clockwise circular formation, around the singers and drummers.

The main spirals with the dark red hooks represent - in a highly schematic form - the beak of a hornbill bird. The bulges at the base of each paddle near the handle resemble the head of a snake with open jaws, which symbolizes the penis in Trobriand mythology. The carving of the elaborate, curvilinear fretwork required very high levels of skill, and certain individuals gained a reputation as a specialist in carving dance shields, canoe prow-boards, or other fine works. To possess an artefact made by such a man was a mark of distinction, and their work was much sought after. Some scholars have argued that these curvilinear designs like these are intended to magically bewilder and mesmerize the viewer.

In terms of provenance, this shield formerly belong to Elaine Lustig Cohen (1927-2016), a renowned New York artist and graphic designer (http://elainelustigcohen.com) who, along with her husband, built a major collection of Native American and Oceanic art in the 1960s.