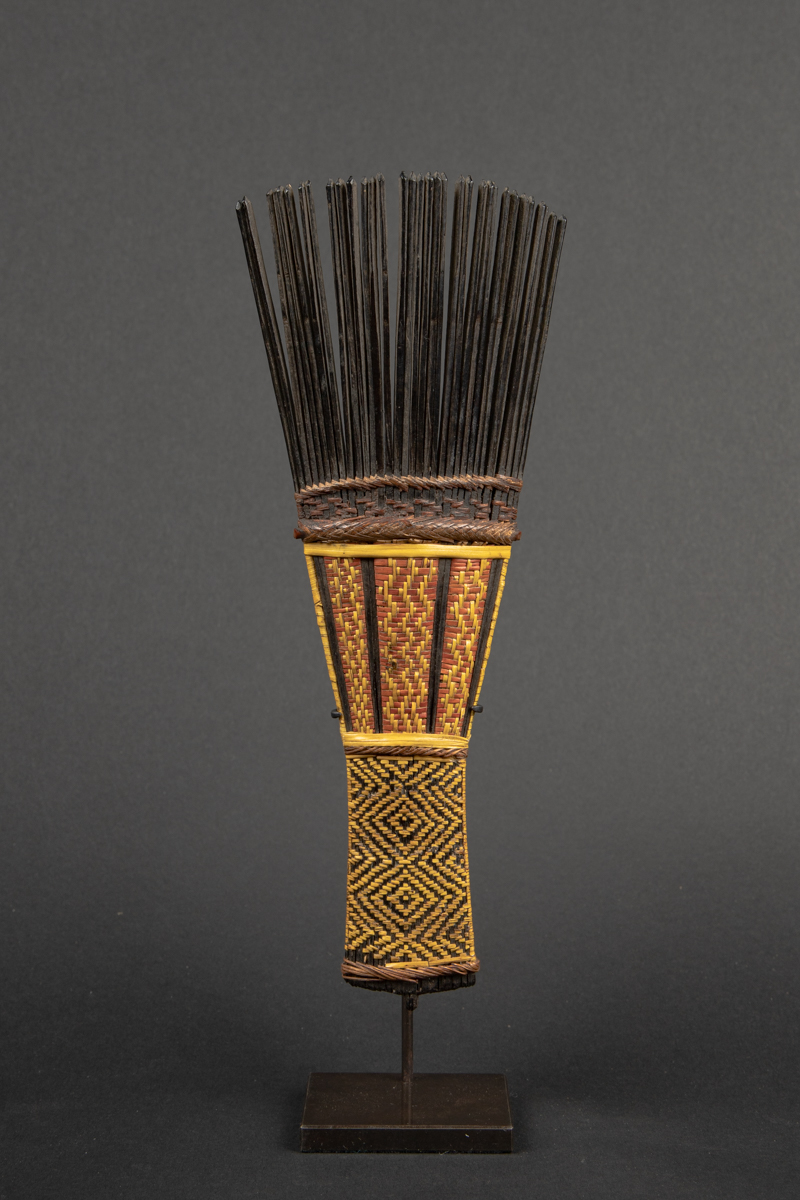 Read More
These hair ornaments or combs called “Faa” originated from the Kwaio Hill region of the island of Malaita. These ornaments were subsequently traded and used throughout the Solomon Islands archipelago.

These ornaments were worn by men/warriors as a sign of prestige.
The teeth of this comb are made from split sections of the core of tree ferns. They are bound with a highly refined plaiting (called boré) made of red and yellow strips. The yellow pigments is made from natural orchid vine while the red dye comes from boiling vine in a bamboo container with an extract of morinda root.