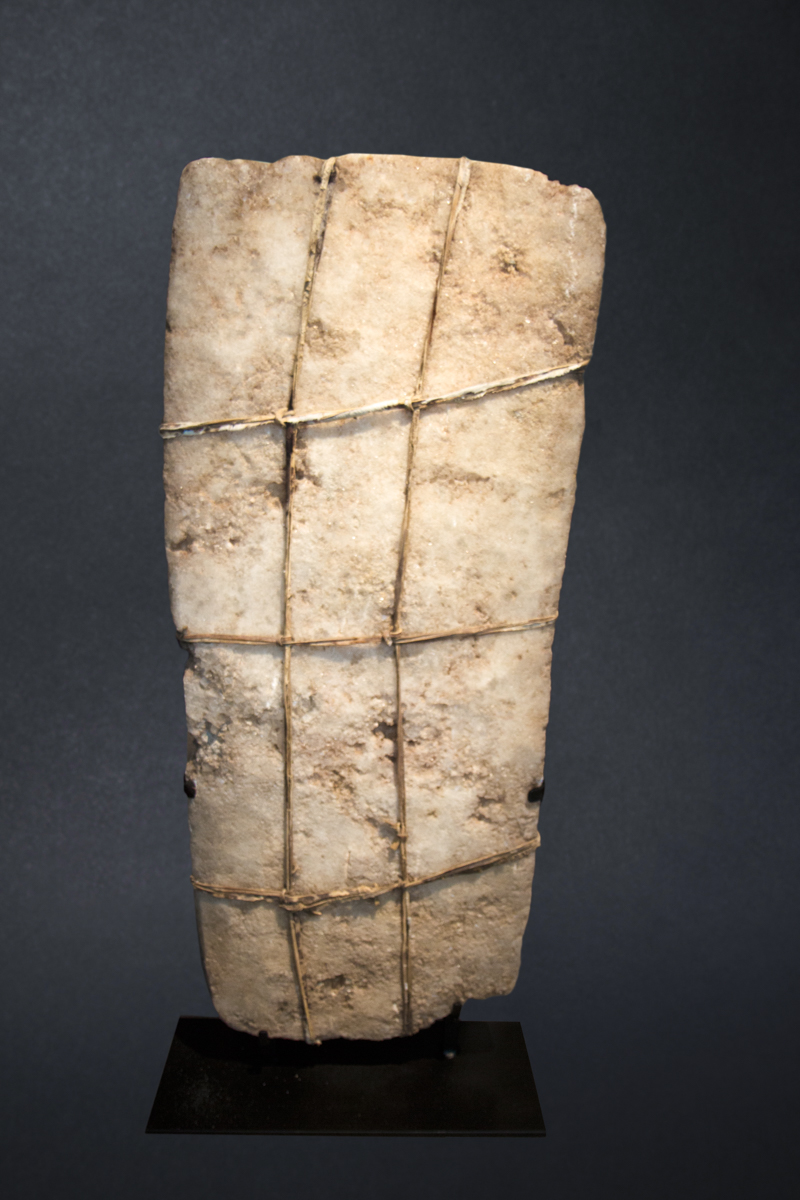 Read More
This fascinating sculpture is made of solid salt.

The salt culture and trade in the Sahara
In the distant past, oceans covered the vast Sahara region. As oceans dried up, salt remained behind while winds carried additional salt crystals which piled up on the ground.
Salt is essential for health and survival. In hot, dry areas, people and animals lose salt through sweat. Unless they add salt to their daily diets, they risk fatigue, cramps or even death. Salt is also used to preserve food and enhance flavor. People in the Sahara and its southern border, the Sahel, use different types of salt as spices in their recipes.
That is why salt became one the most valuable items that Tuareg caravans carried across the Sahara region.
In the regions around the main salt sites, families used to pass on, from generation to generation, the necessary skills to obtain salt slabs.
The first step consisted in pouring water into large holes in order to dissolve the salt in the soil. As the water began to dry, a thin crust of salt crystals formed. Workers then crushed this crust repeatedly in order for all the remaining water to evaporate. At the end of the process, the remaining thick, salty brine was pressed into flat cakes, then left to dry in the sun.
Each salt slab weighing approximately 30 kgs (60 pounds) was carefully wrapped before it was loaded on camelback. A camel could carry a total of four to six slabs of salt across the desert.
The main marketplace for salt in the Sahara area was Mopti in Mali.
In present-day Mali, trucks tend to replace the camel caravans; hence such salt slabs are meant to disappear in the very near future, the whole process of production/transportation/trade getting increasingly mechanized.