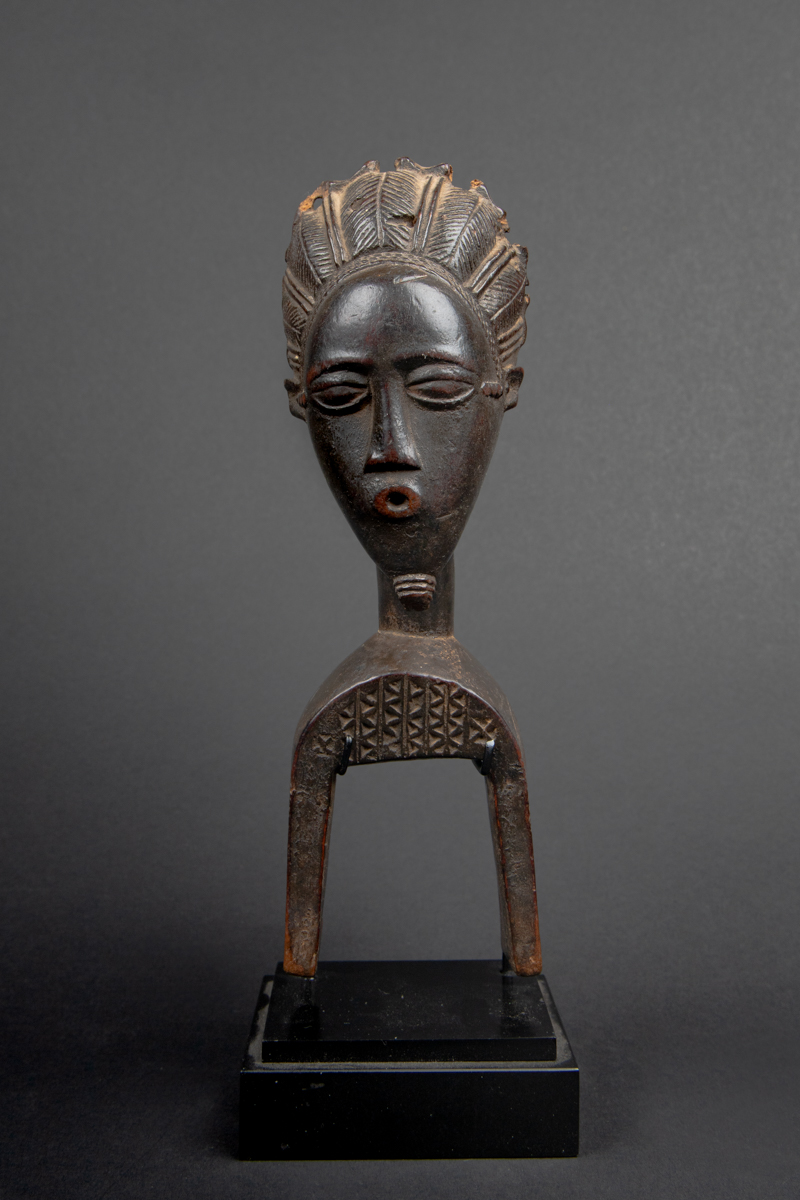 Read More
This is a superb example of anthropomorphic heddle pulley by the Baule people of Côte d’Ivoire. This sculpture is distinguished by the delicacy of the carving and the refined rendering of the face features and coiffure. The face conveys an intense sense of serenity and sacredness. The fine-aged, deep brown patina and signs of wear attest to the prolonged use of this heddle pulley.

The most common weaving technique in West Africa is to use cotton strips about 15 centimeters wide and sew them together to make clothes. Weaving is a male job, while cotton spinning is done by women.
As stated by the Metropolitan Museum of Art, used on the traditional narrow-band loom, heddle pulleys are functional objects used to ease the movements of the heddles while separating the warp threads and allowing the shuttle to seamlessly pass through the layers of thread. Scholars have suggested that the prominent display of pulleys, hanging over the weaver’s loom in the public place, afforded artists their best opportunity to showcase their carving skills, in the hope to attract commissions for figures and masks.