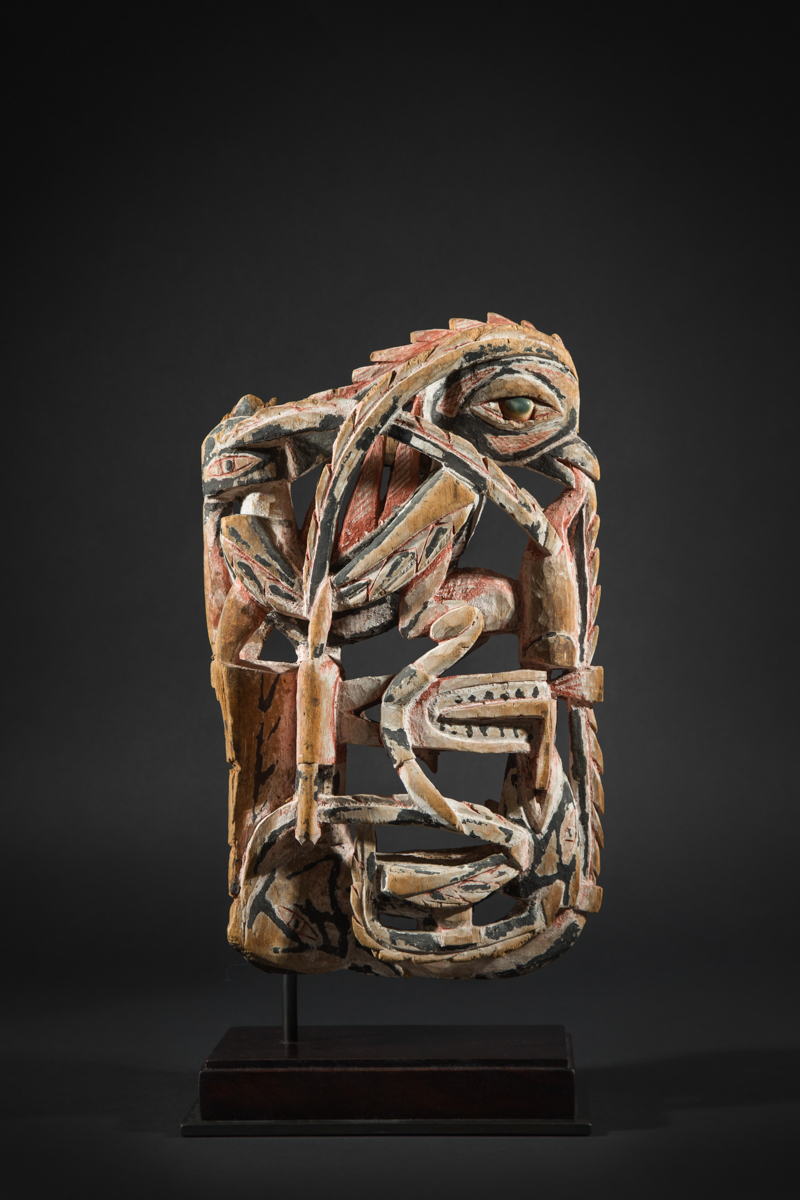 Read More
Passing at sea near the Tabar Islands in April 1643, an artist on board Abel Tasman’s ship drew a boat with 3 men in it. One blew into a conch shell, the two others had paddles, and one could make out a floater for shark fishing. The prow and the poop were ornamented with carvings, representing stylized, grimacing heads. The three men had singular headdresses, very short over the temples, evoking the crests of the masks of the Tatanua dance. This was the first contact of the Western world with the art of New Ireland.
The artistic tradition of prows decorated in carved wood lived on into the 1930s in the whole of New Ireland, but with stylistic differences depending on the region. These prows were fashioned by sculptors who also made the Malagan statues and masks, thus we find there the same flamboyant iconography. This superb canoe prow, collected before the colonial era in 1894 is remarkable and comes from the north of New Ireland. Michael Gunn inspected sixty or so of them (Catalogue Hamson 2018) and noted that they were frequently constructed following the same pattern. Here, the stylized head is represented by only a few elements such as the mouth from which a long pointed tongue biting a fish projects, and eyes, encircled by a snake. The head fuses with a bird with eyes made of Turbo opercule, while another bird is placed as a sentinel at the back. These two birds are probably drongo, frequently seen represented on Malagans. Birds, snakes, fish and long feathers intertwine delicately. This prow is very similar to the one found today in the Sydney Museum, inventory number B 7283, which was collected on the island of Simberi (Tabar archipelago) and acquired in 1885. Only prows collected in the 19th century, before the colonial era, demonstrate this exuberance and refinement. 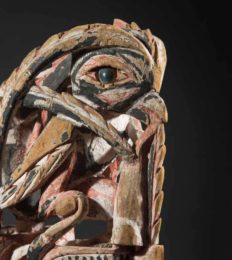