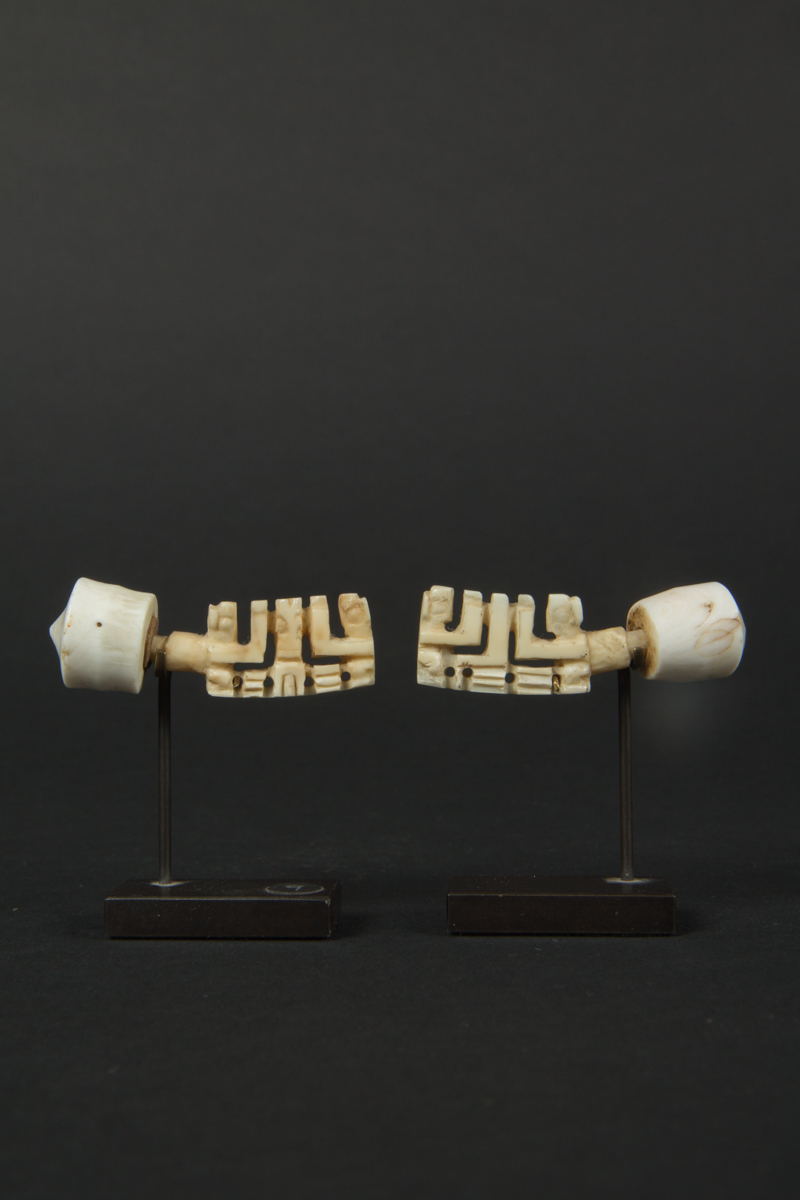 Read More
As stated by Edmond de Ginoux (an ethnologist in French Polynesia in the 1840s), "no one in the Marquesas Islands[...] would show up without ear ornaments".

Putaiana were female ear ornaments and were passed from mother to daughter. They usually featured one or more tiki or sometimes like here scenes related to mythological episodes. The figurative part was worn behind the lobe of the ear.

These adornments, extraordinary works of art in the eyes of Westerners, were part of complex ceremonies. According to Claude Stéfani, in "L'art ancestral des Iles Marquises", the ephemeral arrangement of ornaments was as important as their intrinsic beauty.