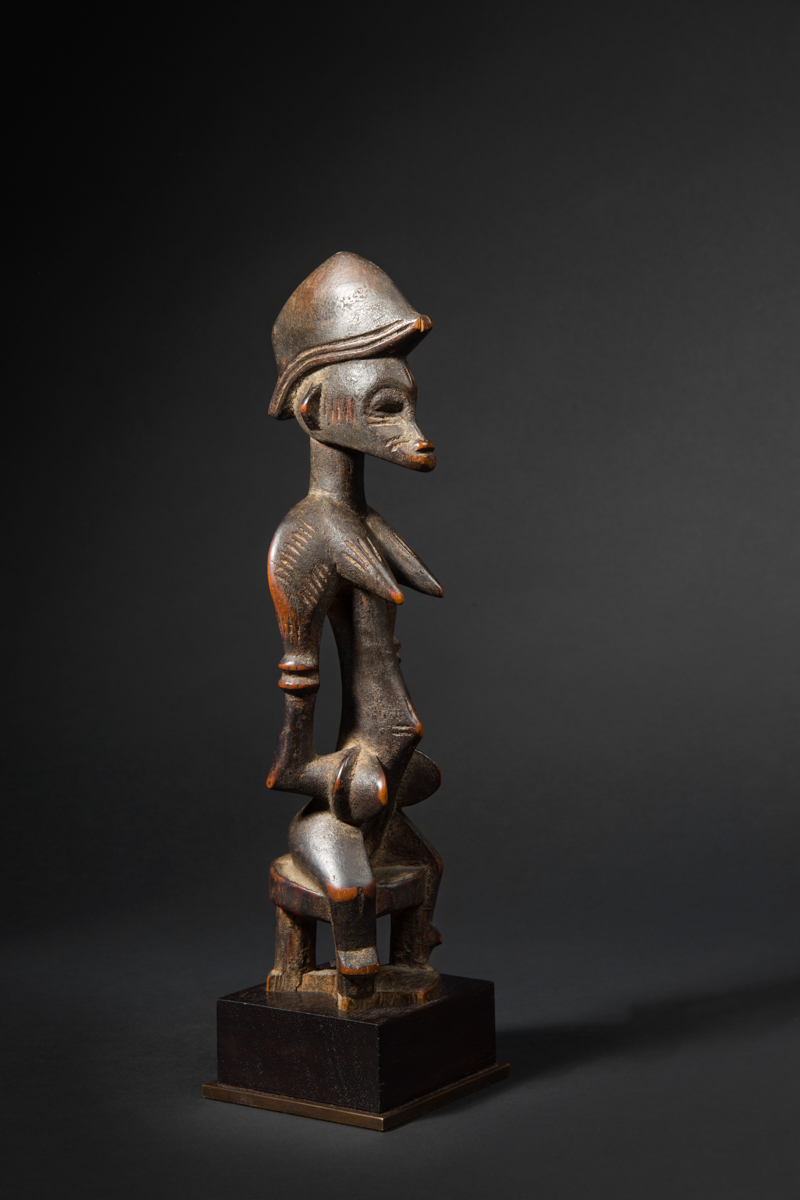 Read More
The Senufo people are farmers, living in a savanna zone covering the north of Ivory Coast, the south of Mali and the southwest of Burkina Faso. The first mention of them was in 1888 by Louis Gustave Binger, a naval infantry officer.
Senufo statuary is distinguished by its aesthetic refinement, where pure lines combine a hieratic quality and movement. Called Sando'o, Senufo anthropomorphic figures were used by soothsayers to communicate with the spirit world.
Female figures represent celebrations of fertility; the fact that the figure is seated is a symbol of power and strength.
The figure shown opposite is notable for the remarkable delicacy of the features of the face and the thick patina, proof of years of ritual libations.
The tension of the face projecting forward is counterbalanced by the pronounced curve of the back and the slenderness of the neck, underlining the haughty, upright posture of the figure.