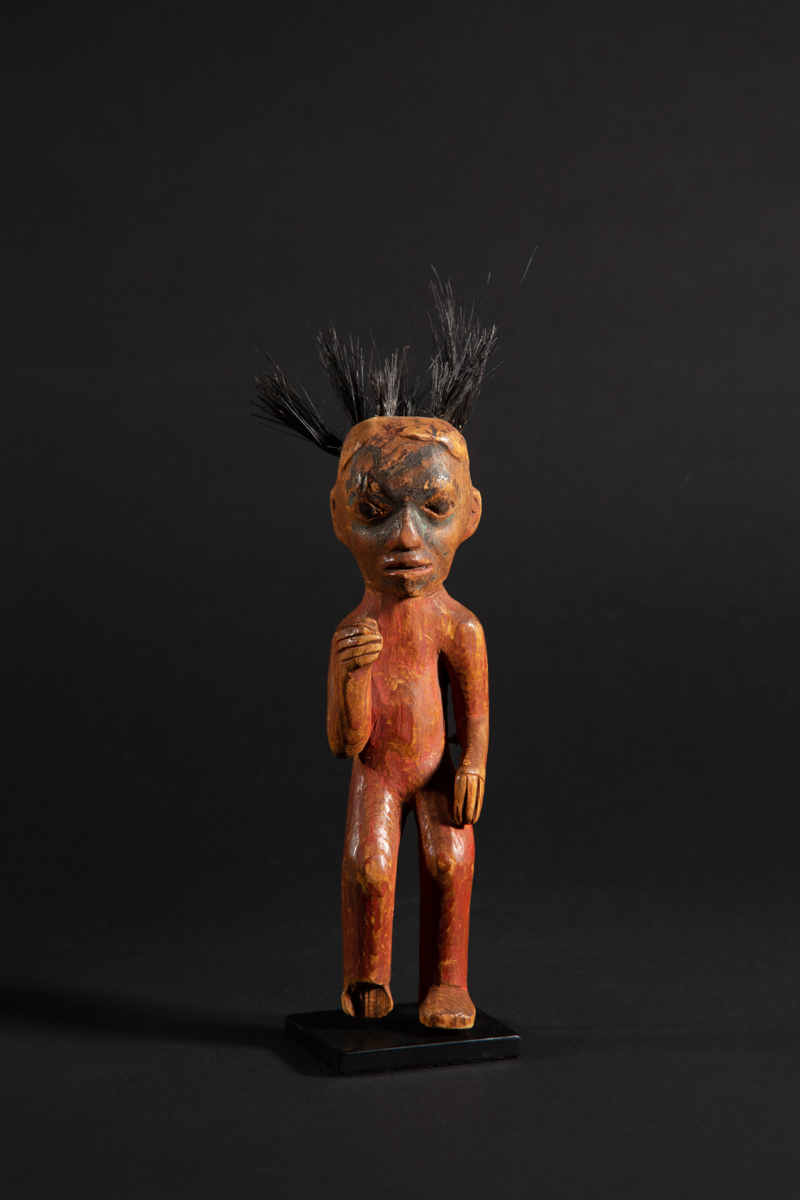 Read More
According to the Seattle Art Museum (see "The Box of Daylight, Northwest Coast Indian Art", Bill Holm), the supernatural powers available to Tlingit shamans took the form of spirits of humans and animals. They were notably represented in carved amulets such as the one presented here. These figurines were created for a variety of shamanic purposes including protection against illnesses.
This expertly and sensitively carved amulet stands with one hand raised as if holding a club to ward off enemies. It combines refinement and sheer power.

In terms of provenance, this figure was part of the celebrated Alsdorf collection in Chicago for close to 30 years.
Marilynn and James Alsdorf were prominent civic and cultural patrons of the East Coast art scene from the 1970s on. James Alsdorf was notably Chairman of the Art Institute of Chicago between 1975 and 1978. “We looked for objects to delight our eyes and souls....” said Marilynn Alsdorf.
This figure was previously sold by Sotheby Parke Bernet Inc. (Sotheby’s New York) on 16 Oct. 1976 lot 136
The Alsdorfs acquired it from the legendary art dealer & collector James Economos (1939-2019), Santa Fe on April 3rd 1990.

This shamanic figure was notably exhibited at the Seattle Art Museum in 1984 and published in Bill Holm’s "The Box of Daylight, Northwest Coast Indian Art" (pl. 200 p. 117)