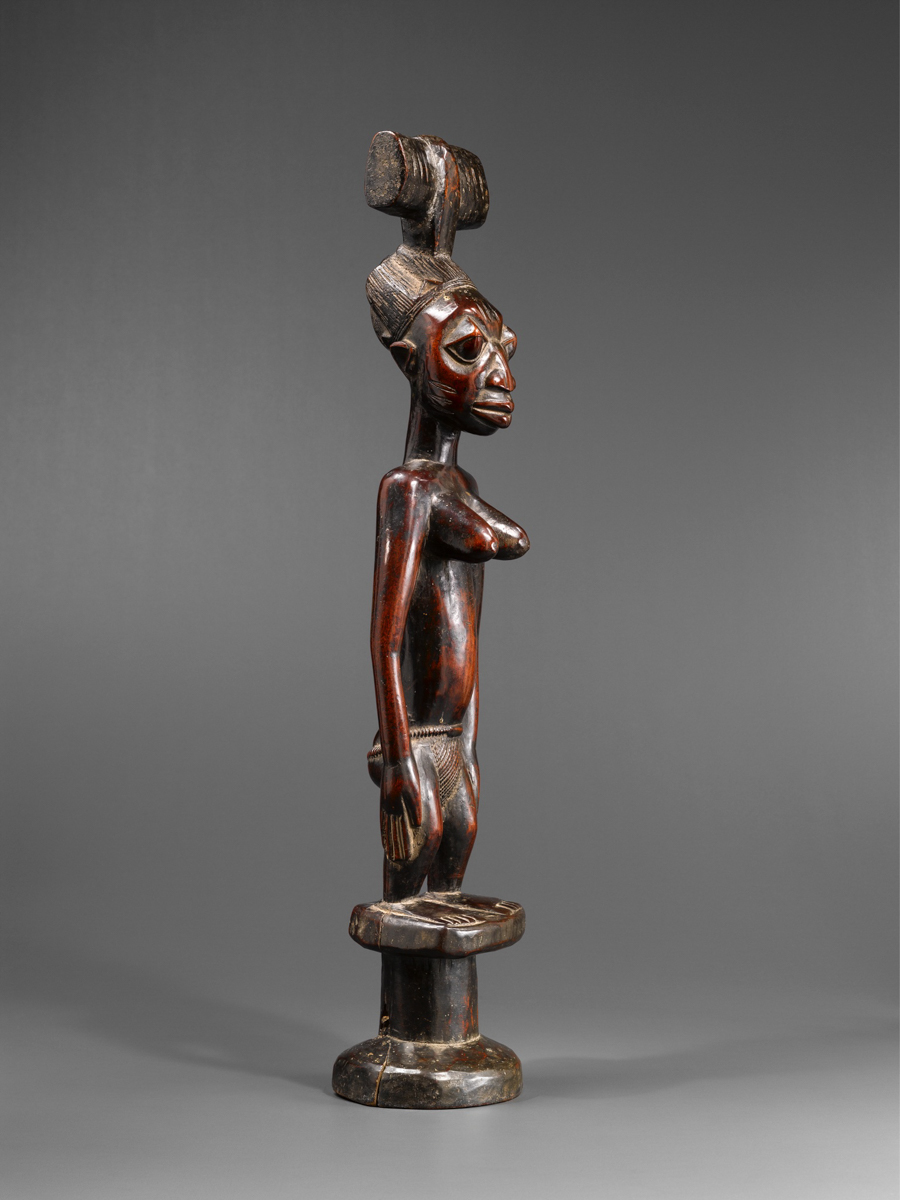 Read More
Shango is among the most powerful orishas (deities) in the Yoruba pantheon.
God of Thunder, Magician King, great seducer and powerful warrior, Shango was at once feared, respected and revered.
Shango’s main attribute is the double axe, an expression of the thundering power of Shango and his gift of second sight, which allows him to punish the guilty.

As stated by the late John Pemberton III, Crosby Professor of religion, Emeritus (Amherts College) and world-renowned specialist of Yoruba art, studying a closely related Shango figure, the elegance of this oshe Shango immediately captures our attention. The female figure is slight and beautifully proportioned. Her strength is found in her poise. One will notice the superb composition in which the carver balances the reference to Shango's power on her head and her beautifully formed body. Furthermore, while her hands rest with ease upon her hips and her breasts are fully formed, it is in the design of the eyes, their diamond shapes projecting from concave surfaces that draw us into her "inner head," the locus of her spiritual power, her personal destiny as a devotee of orisha Shango.