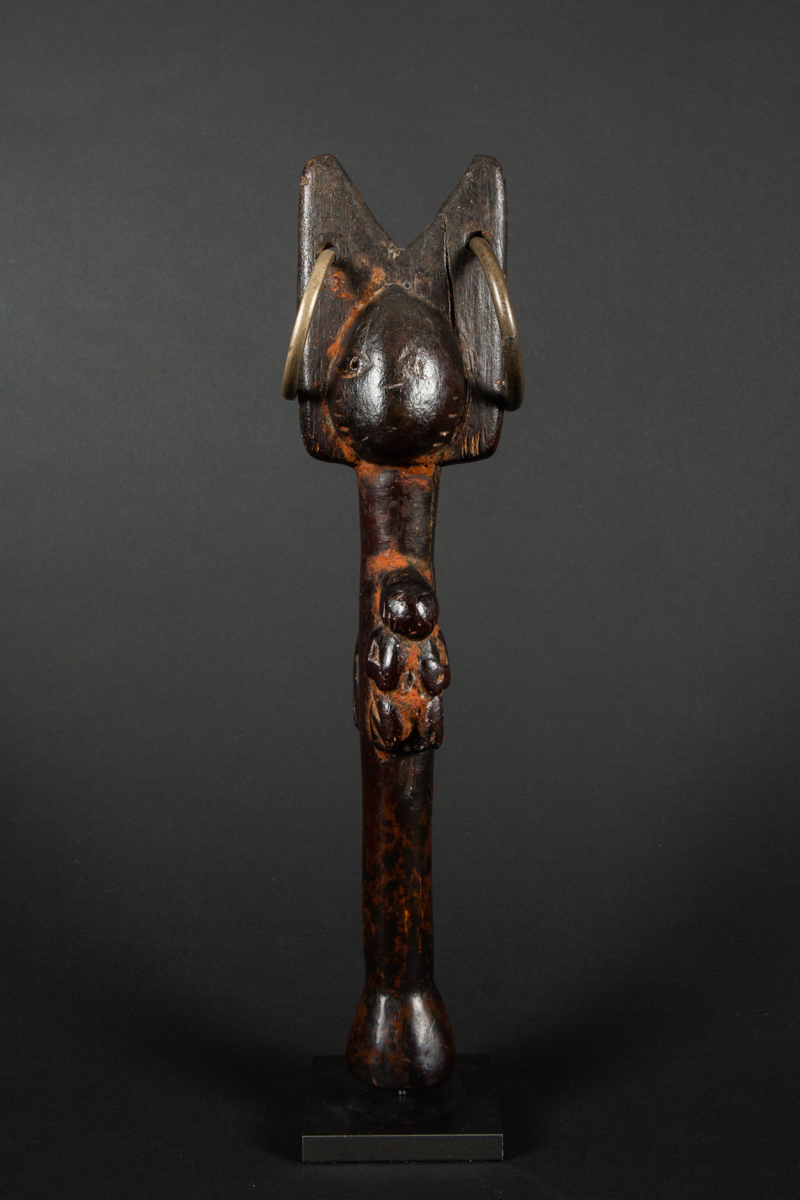 Read More
Shango is among the most powerful orishas (deities) in the Yoruba pantheon.
God of Thunder, Magician King, great seducer and powerful warrior, Shango was at once feared, respected and revered.
Shango’s main attribute is the double axe, an expression of the thundering power of Shango and his gift of second sight, which allows him to punish the guilty.
Oshe Shango ritual staffs were held during ceremonial dances. They embody the intimate relationship of the devotees with Shango.