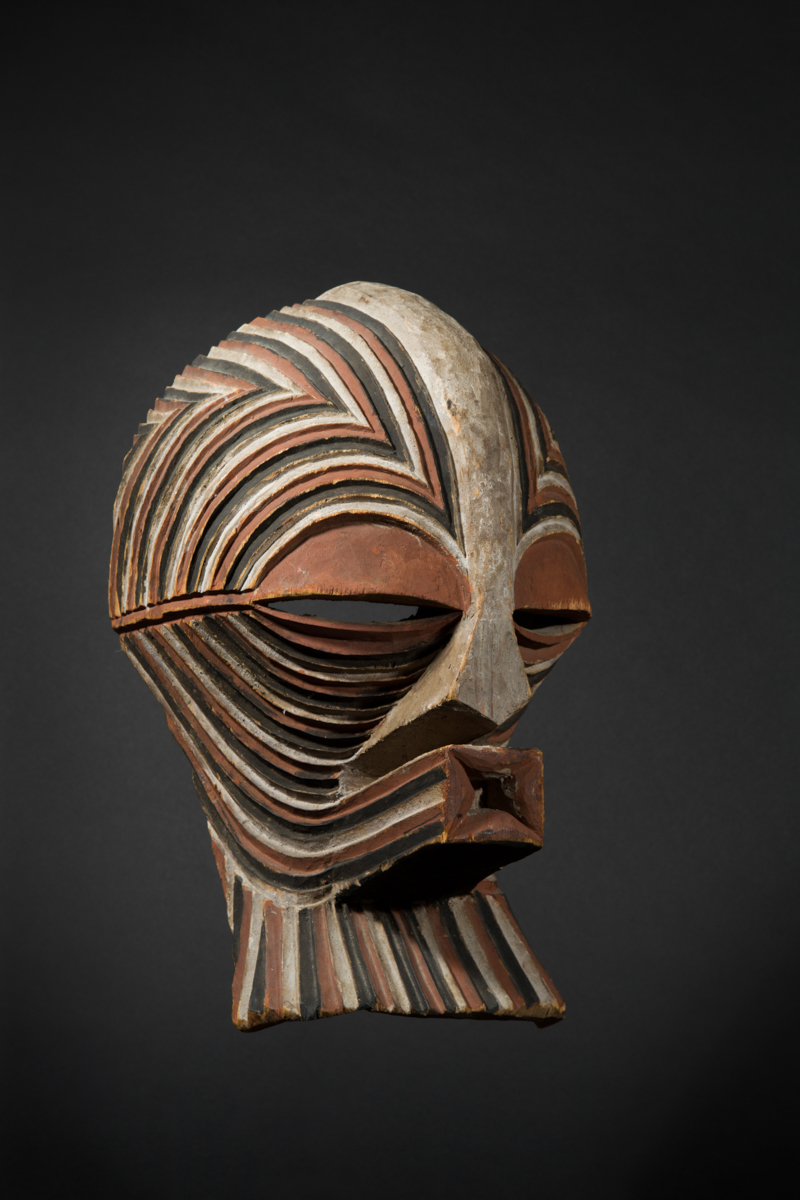 Read More
This type of geometric mask represents the male spirit/ancestor of the Songye.
The style of this mask is highly reminiscent of cubist artworks.
As stated by Alisa LaGamma (the Metropolitan Museum of Art, New York), “certain masking traditions of the Congo River basin personify local control of mystical power. Striated face masks known as Kifwebe probably originated in North Shaba, an area inhabited by both Songye and Luba groups. Among the small Songye chiefdoms along the Lomami River, maskers were emissaries of the ruling elite, who relied on the ideology of witchcraft and sorcery to sustain their rule. These Kifwebe members commanded a body of esoteric secret knowledge visually encoded mnemonically in the mask's features. Hierarchical distinctions between a single female mask and an unlimited number of male masks are reflected in color and in sculptural features”.